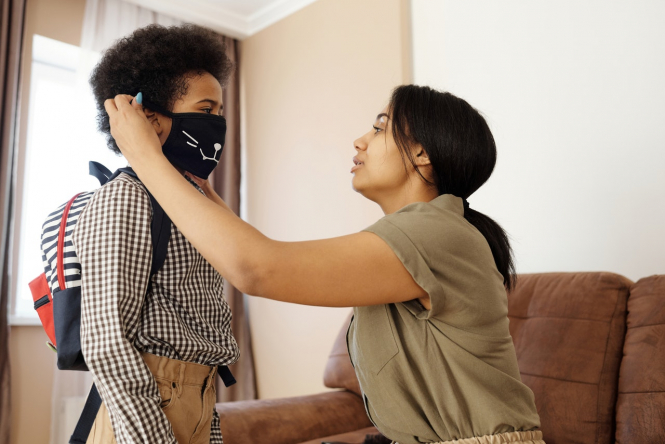 The current curfew across France is expected to be extended from tomorrow, and new rules introduced in schools, as ministers met this morning (January 13) to discuss how to slow the spread of the UK variant of Covid-19.

Any decisions made during the meeting are expected to be announced by Prime Minister Jean Castex at a press conference tomorrow evening.

Government sources have suggested that more departments will see their curfew extended to begin at 18:00 - in addition to the 25 departments for which this is already the case. This rule could even be extended nationwide.

A full national lockdown may also be discussed but it is thought unlikely to be introduced at this stage. Mr Castex has previously said that the public had “behaved well” and that currently, “the curfew is sufficient”.

Professor Jean-Francois Delfraissy, president of government advisory body Le Conseil Scientifique, has said: “The goal is not to block [the new UK variant] but to slow it down.”

He previously said that France is around two months behind the UK in terms of the spread.

He warned that the new variant - which is considered to be 50-75% more contagious than the previous version - would spread easily across France if measures are not taken.

Prof Delfraissy said that the next three months will be difficult, but that the country could be clear of the crisis by September.

He said that the UK variant was complicating things but that the situation will be better by Spring - notably due to the warmer climate - and then thingsn should “really improve by the end of the summer”.

He said that vaccinations against Covid-19 will play an important role in stemming the pandemic, but that barrier gestures will have to remain for some time.

"the vaccine is the way out, but let's not expect everything from the vaccine either,” he said.

“It will mean we can go out again, protect the elderly and perhaps one day play a role in stemming the spread of the virus.

“However, 2021 will still mean people having to follow a certain number of barrier gestures but with less restrictions on their social lives.”

The government is also expected to keep schools open, but to introduce further measures to help slow the spread of the virus.

Professor Delfraissy told news service FranceInfo: “We recommend to continue with school openings...We do not think that UK data on the spread of the virus is clear enough to push us to close schools in France.”

Is the UK’s new Covid variant spreading in France?