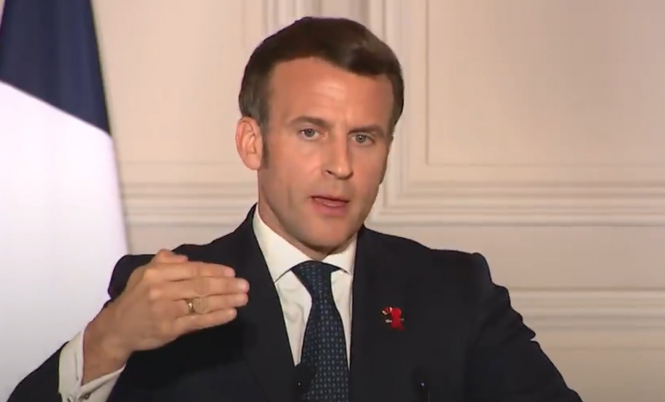 President Macron is expected to give a speech on Wednesday night, following a meeting with the Defence council
By Hannah Thompson

President Macron is expected to give a TV speech tomorrow night (Wednesday March 31), detailing possible new restrictions to fight Covid-19 in France, after a government meeting earlier in the day.

The Defence council meeting on Wednesday is set to evaluate the results of the 10 days of increased restrictions in the 16 departments in which they were first imposed, and consider if further measures are necessary to “slow” the virus spread.

Some of the options being considered are imposing further lockdown rules, and closing schools, reported FranceInfo.

One minister said: “If we don’t take any measures, the risk is that the schools will close anyway.”

Schools could close for three or four weeks total, it is suggested. This week, new rules came into force in schools that state that only one confirmed case of Covid is enough to close a class, up from three cases previously.

Health Minister Olivier Véran said last week: “We will only close [schools] as a last resort.”

Read more: Classes to close if one pupil has Covid in worst-hit areas of France

A source close to the President said: “Emmanuel Macron’s ‘red line’ is the selection of patients [meaning that staff will have to choose which patients receive intensive care and which do not].”

At the end of October 2020, Mr Macron said that he considered such “triage” - including the need to “choose between a Covid patient and a road accident victim...or two Covid patients” as “unacceptable”.

But hospitals and doctors have already started to warn of the over-saturation of intensive care units, which they say will indeed lead to patient selection, and could mean some patients cannot receive the care they otherwise would.

Signatories described the current pressure on hospitals as a “catastrophic medical situation”.

The meeting concluded that if a full lockdown is not imposed from April 1, 230 people will be hospitalised per day in Ile-de-France, double the current figures.

Professor Bertrand Guidet, head of intensive care at the Saint-Antoine hospital in Paris, said: “If we wait a bit - imagine we only impose confinement from April 8 - the peak will be reached on April 19, and we will see skyrocketing figures.

“We will not be able to cope with such demand. We do not, as professionals and intensive care workers, want to take on such extreme situations alone.”

A source close to Mr Macron said: “There is still room for manoeuvre [such as] transferring patients or postponing more operations.”

But the open letters in Le Monde and JDD contradict this, saying that even by cancelling all possible operations, they will still need to put a “triage” system in place for intensive care services, and will need to refuse some patients a bed in intensive care.

The JDD letter read: “We have already had major medical and surgical cancellations imposed on us and...we know full well that this means lost opportunities and non-access to care for some patients.”

The doctors in Le Monde wrote: ”When hospitals are asked to cancel or postpone 40% - and up to 70% - of surgeries, the government is endorsing a strategy of prioritisation by another name, which consists of favouring Covid-19 patients to the detriment of others.”

Triage: How it works

Intensive care doctors are required to make such decisions regularly, but not on the scale seen due to Covid.

“A young 20-year-old who has minimal chance of survival after a serious motorbike accident has a lot to gain from intensive care, if he pulls through. Whereas a 110-year-old patient with metastatic cancer and dementia, will see no benefit from a stay in intensive care.

As an emergency doctor in Colmar, Haut-Rhin, told France 2 last year: “Intubating, putting [the patient] in a coma; it can simply lead to [increased] suffering, for nothing.”

In that case, the doctor was referring to a patient in his 80s, who was in respiratory distress, but who had many other medical conditions. The decision was therefore made not to admit him to intensive care.

“We must always call someone from outside, so that the decision is not made by a single team.”

But in the open letter to Le Monde on Sunday, nine intensive care doctors from AP-HP said that such decisions are not the same when doctors are faced with two patients who might benefit equally.

“Restricting access to intensive care to patients who could benefit [is a choice] far removed from basic ethical rules.”

Dr Geffroy-Wernet said: “The more we have to do triage, the more the choice worsens.”

In an open letter in Le Monde, leaders of 26 countries, along with the president of the European Council Charles Michel, and the head of the World Health Organisation Tedros Adhanom Ghebreyesus, called for an “international pandemic treaty”.

The letter reads: “[Covid-19] takes advantage of our weaknesses and divisions [so]‘such a renewed collective commitment would be an important step to consolidate pandemic preparedness at the highest political level.

”There will be other pandemics and other large-scale health emergencies. No single government or multilateral body can deal with this threat alone," it reads.

This could include increasing countries’ “resilience” towards pandemics, and “strengthening international cooperation to improve, for example, alert systems, common information, research, and production and distribution [of vaccines, medicines, tests, and protection equipment]” the letter continues.

It says: “We are committed to ensuring universal and fair access to safe, effective and affordable vaccines, medicines and tests for this and future pandemics. Immunisation is a global public resource.”

Such a treaty would “lead to larger and shared responsibility” and “enable transparency and cooperation on a global scale”, requiring “time and commitment over several years”, needing “global leadership”, the letter concluded.