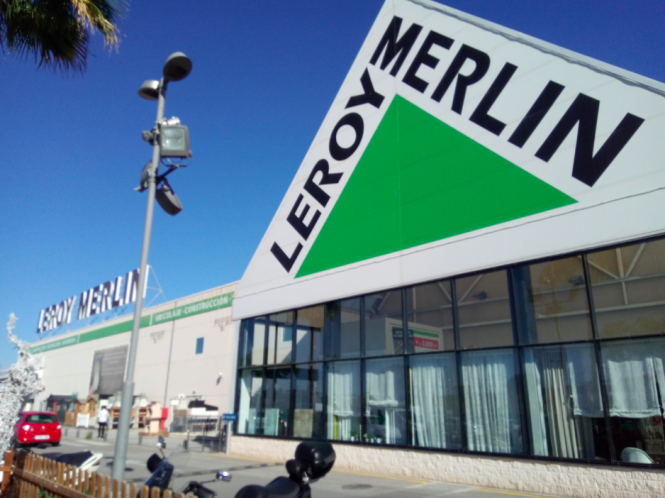 Leroy Merlin has been able to open to consumers more than some other stores during the health crisis as it sells items considered essential Pic: JordySchaap / Wikimedia Commons

The retailer came out on top in a study* run by strategy consulting group EY-Parthenon, which measured the percentage of people who considered themselves “fans” of retailers they had used or visited in the past 12 months.

The rest of the top five was made up of well-known retailers with Decathlon in second place, Amazon culture in third, IKEA in fourth and McDonald’s in fifth place.

After coming second behind Decathlon for the previous two years, this year saw favourable opinions of Leroy Merlin rise by 3.5 points, up to 44% - enough for the store to gain the top spot.

Favourable opinions of Decathlon, in second place this year, were at 43.2%.

Amazon culture, meaning the part of the site which sells books, films, video games and more, rose two places from the previous year to third place, with favourable opinions at 36%.

This could be because consumers in France have had consistent access to the online retailer in the past year during the health crisis.

As a DIY shop, Leroy Merlin was allowed to open its doors to customers more than some other retailers as it sold products that were considered essential.

In the study, EY-Parthenon asked consumers whether they liked a chosen selection of retailers in 16 different retail categories.

For the 2021 study, the number of favourable opinions overall rose in 13 of the 16 categories compared to previous years.

Frédéric Fessart, partner at EY-Parthenon, told BFMTV there was a “logic” to the sectors that had become more popular during the health crisis.

He said: “Covid has stimulated food shopping, DIY, decoration, sport and the food service industry. On the contrary, there has been a strong fall [in popularity] for seated restaurants, fashion and beauty.”

Retailers who offer a range of shopping services (such as in-person, click and collect, drive through, etc.) have also done well, while purely online retailers were less popular than expected.

Mr Fessart said: “We expected players that are purely online to become much more popular among French people, as their turnover has soared, but that hasn’t been the case.”

Amazon culture was the only purely online retailer to make it into the top 50 most popular retailers. The next most popular online-only retailer, Zalando, came in 54th place.

The increase in the popularity of Amazon culture, which moved up from fifth to third place this year, came even as the retail giant has been the subject of vocal criticism since the health crisis began.

Smaller retailers and elected officials united against Amazon, claiming it had an unfair advantage over other shops, which were forced to close during the health crisis.

Food delivery services have also become increasingly popular in the past year, with Uber Eats gaining 3.2 extra points, meaning 5% of people asked said they were a fan of the service.

Mr Fessart explained the popularity of Uber Eats over Deliveroo (1.1%) and Just Eat (0.7%).

He said: “Uber Eats is in twice as many towns as Deliveroo, and it strengthened its brand during the football championship, being sponsors of Olympique de Marseille. The company was highly developed before the health crisis and it has taken advantage of that.”