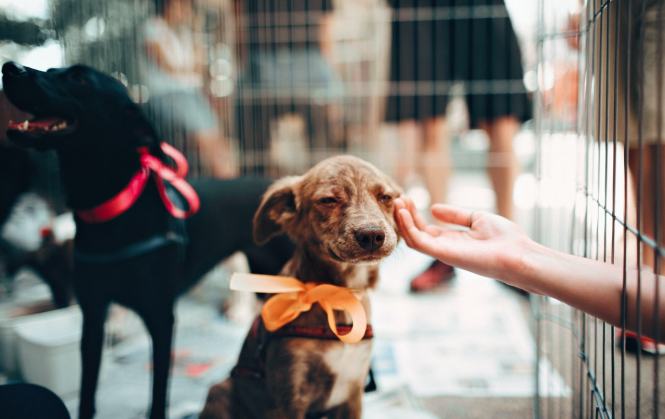 Buying a pet in France should not be an impulsive decision, and would-be owners should need to pass a simple test before buying, an MP has said.
By Connexion journalist

Loïc Dombreval, MP of the Alpes-Maritimes and president of the animal welfare group Condition Animale, submitted the 300-page report of 120 recommendations to Prime Minister Edouard Philippe and the Assemblée Nationale this week (Tuesday June 23).

The MP said that currently laws in France are more severe for people who damage property than for someone who hurts an animal.

He told news service FranceInfo: “If I break a statue, I can get up to five years in prison and a €75,000 fine. If I voluntarily kill a dog, that risks two years [in prison] and [a fine of] €30,000. There is a disconnect that I find completely astonishing, which we must correct.”

Mr Dombreval would also like to make impulse buying of a pet illegal.

He said: “Buying a cat or dog in 30 seconds in a pet shop, in a supermarket car park, in a market or at an exhibition, under pressure from your kids, without really knowing what you’re doing, because the dog is not right for you because you don’t live in a good place for a dog...there are so many reasons [not to do it].

“I want for this marriage to not be followed by divorce, so we must improve things. Facebook, Leboncoin...all these general internet sites or animal shops, where you get impulse buys - we must make sure that they are limited.”

The proposals include requiring would-be pet owners to pass a “certificate of minimum knowledge” before buying an animal, to help ensure they understand what they are doing before they buy.

Mr Dombreval said: “It would be a little test on the things you absolutely must know: How much does it cost [to own a pet]? What do we need to do? How does it work? Some people don’t know that, and that leads to abandonment or mistreatment, sometimes through negligence, ignorance, lack of knowledge.

“This would be free, before you buy an animal. If you fail it, you can take it again straight away. In this way, you have three, four ideas of what is absolutely necessary to know, before you look after an animal.”

The proposals also suggest the creation of a special telephone number - a numéro vert - that people can call if they see or suspect anyone of cruelty or mistreatment towards animals.

Mr Dombreval said: “You never know who to call, who to speak to, when there is a problem, when you see acts of mistreatment against a dog or a cat. They are part of your family, some see them as members of the family, and you must treat them in that way.

“To be able to call someone quickly, to flag up an act of mistreatment or neglect on an animal, is something that also seems very important to me to be able to improve [animals’] condition.”

Abandonment of animals is a contentious topic in France.

A shock campaign last year, from animal welfare charity 30 Millions d'Amis, revealed that the country has the highest number of abandoned domestic animals in Europe, at 100,000 per year.

The high numbers of abandonment have led multiple animal charities to warn that shelters can easily become overwhelmed with cats and dogs that are left in rubbish bins, or tied to fences at the side of the road.

8000 pets 'abandoned in France this summer'

Cat owners in France risk €135 fine if pet not chipped

Dog owners in south of France warned of incurable disease