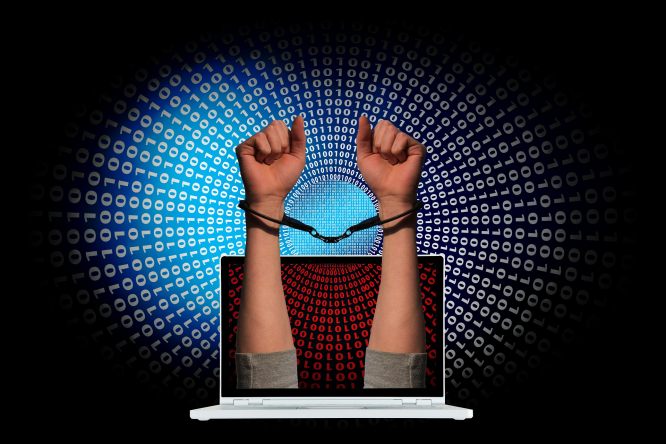 The French government presented its proposed new counter-terrorism law yesterday, five days after a police worker was stabbed to death  in Rambouillet, southwest of Paris.

The draft law was already being worked on before the attack, Prime Minister Jean Castex stated at a press conference outlining the proposal.

The new law aims to "update", or strengthen, provisions in the July 2015 Intelligence Act and the October 2017 Internal Security and Counter-Terrorism Act (Silt).

It will notably allow the government to survey internet use using algorithms.

The law also contains articles that will extend the time people charged with terror acts are monitored on their release from prison, prohibit people under surveillance from attending certain gatherings and make it easier for police to search the home of a person suspected of presenting a terrorist threat.

"The Islamist threat remains very high. It is evolving in its manifestations,” Mr Castex said.

“The Rambouillet attack, the murder of [Samuel] Paty and the heinous attack in Nice were carried out by isolated individuals, increasingly young, most often unknown to the intelligence services.”

He was referring to history teacher Samuel Paty, who was stabbed and beheaded close to the school where he worked in Yvelines on October 16 and an attack on a church in Nice on October 29 when three people were stabbed to death by a 21-year-old man.

“Faced with this threat, which is more difficult to detect, the State and the justice system must be given more resources,” Mr Castex said.

"The bill we are presenting today is in line with this logic. It is not a text of circumstance, it is the fruit of work begun well before the crime of last Friday.

He said the bill will give authorities more resources to be effective while also respecting “fundamental legal principles”.

What is surveillance by algorithm?

The system works by using artificial intelligence, which analyses a large amount of data and identifies “unusual behaviour”, as defined by security services.

If the algorithm flags someone up as having unusual behaviour, an alert is sent to intelligence services.

This technique is not new in France. It was first authorised on an experimental basis through the July 2015 Intelligence Act. The new bill aims to allow this technique to be used on a permanent basis.

The technology will track internet use through Internet Service Providers and if the algorithm detects unusual behaviour, for example someone visiting websites linked to terrorism, it could flag that up.

What this means for the average person is that your internet usage is being tracked, indirectly. No one will be looking at the website’s you use on a daily basis unless your behaviour triggers the algorithm to report your behaviour to authorities.

Why has this technique been criticised?

There are concerns about the scope of the application of this technique.

“It is so broad that we don't really know what the law authorises,” Arthur Messaud, a lawyer working for the Quadrature du Net, an association that defends fundamental rights and freedoms online, told Franceinfo.

It is not yet known if, for example, instant messaging conversations will be tracked or what other areas of online use will be impacted.

"For us, this is clearly algorithmic surveillance, a mass surveillance measure," said Mr Messaud.

“Emmanuel Macron is playing a crazy game, what France is doing is not normal.”

How has the government responded?

"Let's stop with this naivety! All major companies use algorithms. And it would be only the State that could not use them?" wrote Gérald Darmanin, France’s interior minister, in the Journal du Dimanche on April 24.

France’s government spokesman Gabriel Attal said, "all the measures we take aim to protect France, but they are done within the framework of the rule of law”.

Has surveillance with algorithms led to arrests in the past?

“We have had a lot of trouble finding out the impact of this measure,” Mr Messaud said.

He said his association had asked the French commission in charge of monitoring the legality of the intelligence services’ activities but was told the information was not available to the public.

“I cannot give you any details as they are classified as defence secrets, but the operational results to which we have had access are very interesting.”

What other measures are in the bill?

Easier use of administrative searches:

Home visits, formerly known as "administrative searches", allow the police, after authorisation by a judge, to enter the home of a person suspected of presenting a terrorist threat.

This has only been permitted until now for cases deemed of “particular gravity”. The bill proposes that such visits be authorised for “serious threats”, which is a more nuanced term that could make it easier for authorities to gain permission to carry out these home visits.

Terrorists may be monitored longer after release from prison:

The bill provides for prisoners convicted of terrorism and sentenced to at least five years in prison, and considered particularly dangerous, to be subject to measures on release from prison that could last up to five years.

These may include an obligation to establish residence in a given place, to respond to summonses from the enforcement judge or to comply with health, social, educational or psychological care.

Failure to comply with these obligations will be punishable by one year's imprisonment.

Premises associated to places of worship may also be closed:

In addition to the administrative closure of places of worship accused of being linked to acts of a terrorist nature, such as the mosque in Pantin (Seine-Saint-Denis) after the beheading of Samuel Paty, the bill offers the possibility of closing down premises associated with these establishments.

Persons under surveillance may be prohibited from gathering:

The bill proposes prohibiting a person under administrative surveillance from appearing within an area "in which an event subject to a particular terrorist risk by its size or nature is taking place".