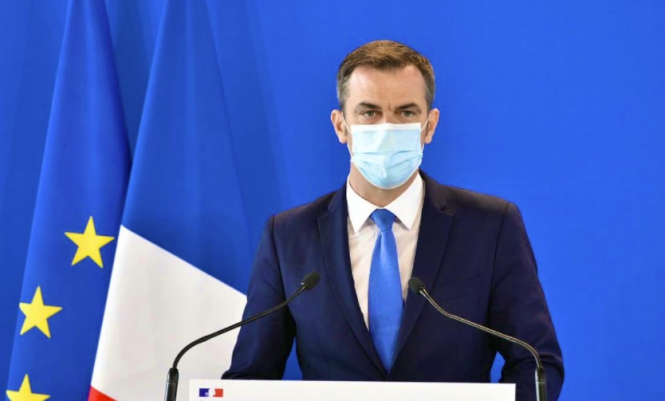 There is a risk of a “third wave” of Covid-19 in France, senior doctors and the government have warned, as ministers meet today to decide if deconfinement will go ahead on December 15 as planned.

Government spokesperson Gabriel Attal told news channel CNews: “The virus is resisting. There is a risk of a third wave. It has already happened in the US and in some Asian countries.

“The question that will be asked at the defence council meeting this morning is to know if we should reconsider a certain number of things for December 15.”

Hospital group la Fédération hospitalière de France (FHF) has also called for “extreme vigilance” and said that relaxing the rules too soon and too fast could cause a strong risk of a third wave.

At a press conference yesterday, president of FHF Frédéric Valletoux said: “There is really a strong alert on the risks of a third wave, which is not simply hypothetical, and which is not a far-off prospect but very apparent in the background of the [data] curves.”

Professor Eric Caumes, from Paris hospital Pitié-Salpêtrière, told LCI this week: “If we are not reasonable during the festivities, there will be a rebound in the epidemic…[which could] cause a third wave come mid-January.”

Similarly, Professor Renald Piarroux, head of the parasitology department at La Pitié-Salpêtrière hospital in Paris, has also recently contributed to an open letter in Le Monde newspaper, discussing the possibility of a “third wave” of the virus next year. He wrote: "Between 5,000 and 10,000 contaminations [would be] a good amount. A bad one would be figures around 10,000 [and above]."

How could a third wave be avoided?

As well as not relaxing the rules as quickly as planned, Professor Piarroux said that people being extra careful at Christmas would be another major way to try to avoid a third wave come January.

He said: “Those contaminated at Christmas themselves become the contaminants in January...The restarting of a new wave is difficult to measure; we will only see it in mid-January.”

The FHF has called for a “massive testing campaign in the days ahead of Christmas” and “a strong, voluntary isolation strategy”.

Mr Valletoux said: “We have seen how quickly the virus can spread. We know that with the virus, acting several days late is often too late.”

Deconfinement had been set to enter its second phase on December 15 - with a curfew introduced instead - but now ministers are considering postponing certain measures, such as the previously-planned reopening of theatres, cinemas and museums.

President Emmanuel Macron had said that lockdown would lift when the number of daily new Covid-19 cases was below 5,000 - and the number in intensive care at around 2,500 - but figures are still fluctuating significantly each day, and are regularly much higher than this.

The latest figures (Wednesday December 9) showed there were 13,713 new cases, and 380 new deaths.

Read more: Why are the daily new case numbers still high, and what will happen if the 5,000 threshold is not reached?

Will deconfinement be postponed?

Ministers are set to hold another health defence council meeting today at the Elysée to discuss the issue, and consider how to “take a step back” without prompting public confusion or anger.

The ministry for health this week stated: “We are closely following the situation, to be sure of what we are looking at and what we need to do. We do not yet know if this is a plateau, a slowing down, or a rebound. This is coming a week before the date set for the public [December 15].

“If the situation remains tense, we will look at the risk, and the measures to take to limit contact.”

One government source told newspaper La Dépêche: “We have to do something that we can stick to. It is better to remind people of the rules and ask them to spend money, than [it would be] to not lift lockdown for Christmas.”

If the country does not reach the 5,000 threshold, possible scenarios could include:

Theatres, cinemas, and museums remaining closed; a curfew starting at 17:00; and new attestation forms from December 31 to once again limit people’s movement outside their homes.

Covid rules France: How many friends can come for Christmas?