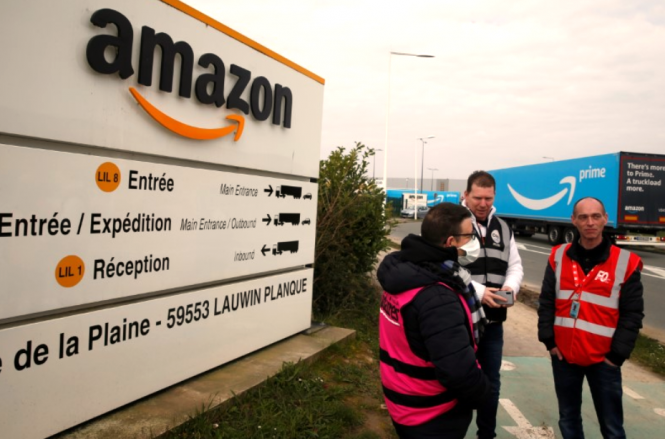 Only “essential” items - such as food, health or medical products - will now be permitted for delivery by Amazon France, after a court in Nanterre (Hauts-de-Seine, ‎Île-de-France) found that the company was continuing to operate “as if nothing was amiss”.

Leisure items - such as toys, computer games or parts, decorative items, and books and many others - will no longer be permitted to be delivered, for one month.

Amazon France had already reduced its services due to the epidemic, and some items were already being delayed or considered "non-priority", but this "essentials only" order equates to a much more significant stoppage.

According to the workers’ unions, purely “essential items” represent barely 10% of the retailer giant’s usual deliveries.

The court case was brought by workers’ union Sud Solidaire, which claimed that the company was ignoring health advice, despite five of its warehouses having been highlighted as problematic by the ministry for work last week.

According to the union, Amazon France workers have been going to work feeling terrified that they may catch the virus. Worker absence is at a record high, it said.

The court found in the union’s favour.

It ordered Amazon to very carefully evaluate the risks faced by its employees during the epidemic, and do everything possible to protect their health. Pending this, it ordered the company to restrict its operation to only “essential items” within 24 hours, for a one-month period.

If the retailer is found to flout the ruling, it will be required to pay one million euros per day of delay, and per infraction.

In its defence, Amazon France said that it has put in significant protection measures for its staff, which even “go further” than the minimum specifications required by the government.