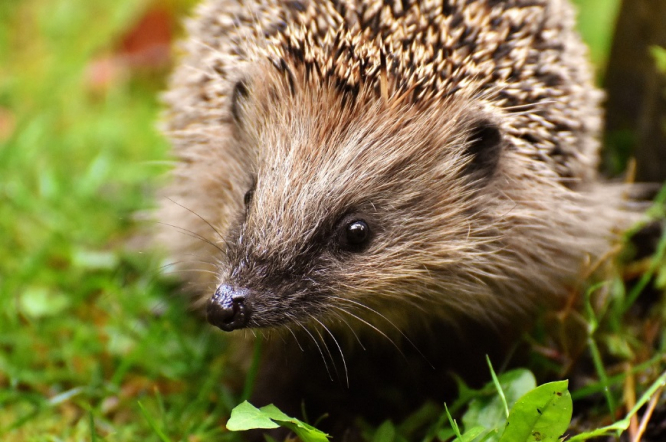 Hedgehogs often forage for food at night time, and generally eat garden pests. But according to campaigners, the walls and fences surrounding household gardens are often too strong to allow hedgehogs to get through, and pesticides can also cause them harm.

This can lead to the hedgehogs’ starvation and death, the proliferation of pests, and damage to surrounding ecosystems.

Campaigners - such as the French wild animal group l’Association Pour La Protection Des Animaux Sauvages (ASPAS) - say that hedgehogs could be at risk of extinction within 10 years if the pattern is not broken, and are seeking to raise awareness of the problem.

Homeowners are being encouraged to create small holes - around 10-13cm across - at the bottom of their garden fences and walls, to allow hedgehogs to get in.

ASPAS is also encouraging gardeners not to use pesticides or other chemicals or pellets that could harm the animals.

Such actions will not only help the hedgehogs themselves, campaigners say, but also help gardeners to protect their plants, flowers, and vegetables.

Further information is available upon written request from ASPAS, which has produced an educational brochure (in French) with the nature group La Fondation Nature et Découvertes.

The brochure explains hedgehogs’ diet in greater detail, and also explains how to build a wooden shelter for the animals in your garden, to encourage them to come in and thrive.

The issue is not confined to France; in Britain, ecologist and campaigner Hugh Warwick has launched an online petition calling for the law to be changed to require that all new garden walls and fences feature “hedgehog highways” to allow the small animals to enter and move about freely.

At the time of writing, over 296,700 people have signed the petition - rising fast - with just a few thousand signatures to go until it hits its 300,000 target.