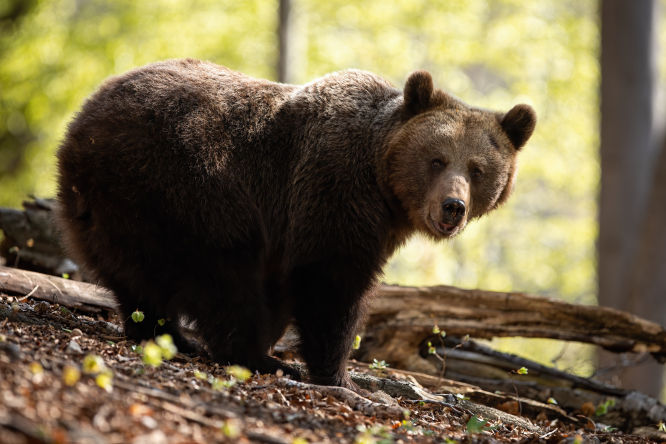 The bear was shot by the hunter after she attacked him, probably in order to protect her cubs Pic: WildMedia / Shutterstock

A hunter who shot and killed a bear in south-west France after it attacked him could have been in an area where hunting is restricted, an ongoing investigation into the event reports.

The public prosecution service of Foix (Ariège)  opened Friday (November 26) official legal enquiries against the 70-year-old for the destruction of a protected species and for “illegal hunting in a nature reserve.”

The bear – which was with its cubs – attacked the hunter as he searched for wild boar. It bit and seriously injured his legs.

He is still being treated in hospital nearly a week after the event, but his son has said that he is doing better.

His son told La Dépêche that his father “saw brown patches” in the woodland. “He had his gun loaded but he was waiting to see what the animal 40m away from him was. When he saw the small rounded ears, he told me that he had been amazed.

“He had not expected, as he turned around, to see the mother standing on its hind legs behind him. After that his survival instinct overtook the pain. That was what enabled him to save himself.”

An autopsy has confirmed that the bear was killed by a single bullet wound to the chest, in the hills above the commune of Seix.

“At least part” of the man’s hunt took place over the Réserve domaniale de mont Valier nature reserve, where hunting is restricted by the Office français de la biodiversité, according to public prosecutor Léa Filippi.