Dordogne still area of France after Paris with most Britons 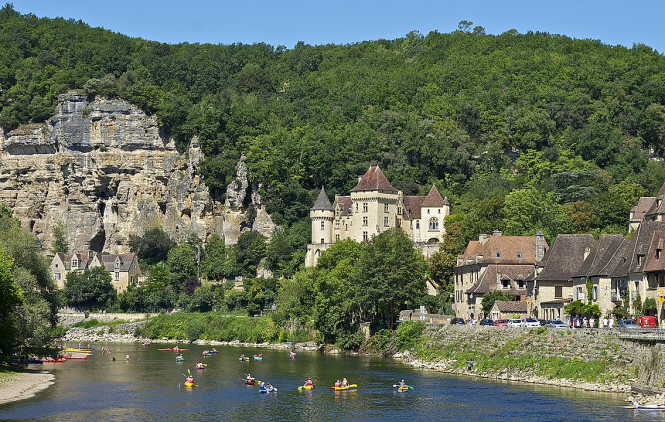 Dordogne is still the most popular department for British residents in France after Paris (Houses in Vézac, next to the river and château de Malartrie)
By Connexion journalist

The new study from national statistics bureau l’Institut National de la Statistique et des Études Économiques (INSEE), published at the end of last week, showed that according to the latest figures (2016), there were 7,198 British people living in Dordogne.

This was second only to Paris.

This is slightly fewer Britons than in 2011 - when records show there were 7,446. Yet, more than half (53%) of those counted in the most recent figures have been living in the department for at least 10 years.

Specifically, the communes of Eymet, Nontron and Ribérac are most populated by Brits; 9% of Eymet’s population is British, followed by 5% in Nontron, and 4.3% in Ribérac.

British people are more likely to live in “less dense areas”, said INSEE, as they look for a “less urban lifestyle” and “more affordable” properties than those in the UK.

On a national level, the Nouvelle-Aquitaine region has 39,200 British residents, accounting for 26.5% of all British nationals living in France overall (148,000 in total; 0.2% of the total population).

The next-most popular region is Occitanie (24,900). They are also common in areas close to the UK coastline, including Normandy and Brittany; and also found in the Alpine regions of Savoie and Haute-Savoie.

France is the second-most popular country for British residents living abroad, after Spain.

Yet, the number of British people living in Dordogne has rocketed in the past 20 years. This has been helped by a rise in property prices in the UK, and an increase in smaller, regional airports offering UK-France routes, such as Limoges (Haute-Vienne) and Bergerac (Dordogne).

The numbers suggest that most residents are making the department their long-term home.

In addition, 86,000 British people own second homes in France, even if they do not live in the country full-time, making them the most-numerous owners of second homes for tourism purposes.

Most of these second homes are found in the same areas as those favoured by long-term residents, INSEE said, where they make up 17% of the second home properties.

In slightly larger towns such as Béziers, Draguignan, Cognac and Agen, between 30-40% of British residents are in employment or some form of work, and in larger cities and towns - such as Tarbes, Poitiers, Limoges, Angers, Caen and Rennes - this rises to as much as 61%.

Of these urban-dwellers, most are educated to at least degree level, and are aged 18-50. One fifth (20%) live alone and 49% live in a couple, as many with children as without. The majority of these couples are mixed-nationality; 60% of these British people have a French partner.

INSEE also said that in these large towns in the west of the France, British people are more likely than average to have acquired French nationality.

It also said that Brexit could mean more British people will request French nationality, as it will be required to have a titre de sejour to live in France after the UK leaves the EU.

14 hours ago
4
Coronavirus: Daily updates on the situation in France

17 hours ago
5
Returning to UK from France: How to get a French Covid test