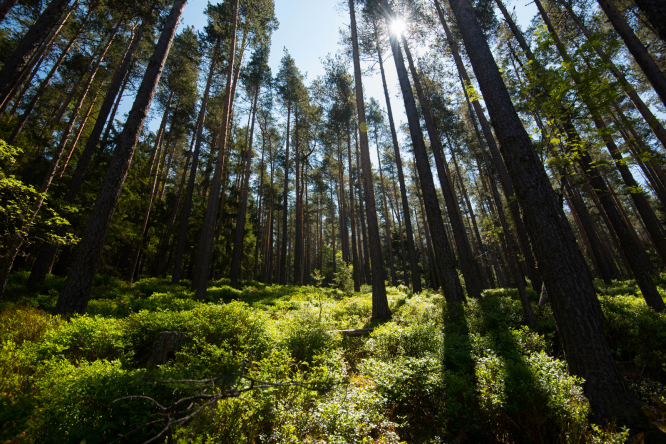 Tensions have been mounting between hikers and bikers who use the same paths in the forest Pic: Tanja Midgardson / Shutterstock

Multiple instances of dangerous traps left on forest paths have been reported by mountain bikers in several areas of France.

Recent attacks in the Vosges mountains in east France have included planks of wood studded with nails and barbed wire that can puncture bike tyres being hidden on forest paths.

One cyclist, Gaëten, was riding to a viewing point in the mountains to watch the sunset when he was surprised by one of the traps.

He told BFMTV: “I saw a lot of leaves gathered on the ground at the last moment, as I was passing over them. My tyres were punctured straight away and I lost control of my bike and crashed into a tree.

“I had fallen down hard by the time I understood what had happened.”

Representative for mountain biking association Alsace VTTAE, Maxime Mouget, said that in the past two years, the number of harmful traps reported “had increased like a crescendo”.

“We can’t understand why, considering the work we have done [to improve the trails and separate hiker and biking routes]”, he said.

Tensions between hikers and bikers

For some months there have been tensions between hikers and mountain bikers who both use paths in the Vosges forest.

As a compromise, a 400-metre pathway with separate lanes for walkers and bikers has been trialled.

However, in September, environmental defence organisation SOS massif des Vosges launched a petition opposing the trial on the grounds that bikers using the paths posed a risk to nature and to hikers.

In response, electric mountain biking association Alsace VTTAE launched a second petition defending mountain bikers’ right to use pathways in the forest. It has so far gathered more than 10,000 signatures.

Alain Ferstler, president of the Club Vosgien, a local hiking organisation whose members volunteer to maintain pathways in the forest, spoke out against those who laid the traps for cyclists.

“It’s an abhorrent and criminal thing to do,” he told BFMTV. “I think that the person or people who did it do not understand how serious their actions are.”

Is this issue isolated to the Vosges forest? Where else is it happening?

Sadly, similar mountain biker traps have been reported in other areas of France.

In March this year, gendarmerie and countryside associations warned of a rise in forest traps being set for mountain bikers and other path users across the country.

Some suspected they could have been laid by disgruntled hunters, walkers angry at bikers’ use of the paths, or simply troublemakers.

The traps found also include wires or ropes strung mid-height across the paths, deliberately placed to catch bikers going at speed.

Since 2004, around 50 victims and traps have been reported, with countryside associations estimating that the actual number of victims could be three times higher or more.

Romuald Seels, manager at countryside association le Collectif de Défense des Loisirs, in the Oise, said: “When a trap is set, we don’t know who is going to come past. It could be a child, a horse, a mountain biker, a motorbike, a quad biker. There is nothing certain about this.”

The issue has even been raised in the Senate.

In 2015, a 57-year-old hunter was sentenced to nine months in prison, including one month in a closed jail, for having set a cable trap for a mountain biker, causing three serious injuries.

No-one else has ever been charged for the offence in France.

The gendarmerie has said that anyone who sees these traps or is affected by them should not hesitate to report the incident or location to your local gendarmerie station.

Read more: Traps along mountain and country paths in France on the rise

What are the rules for hikers and bikers who share paths in nature in France?

There are more than 100,000 kilometres of trails along 100 routes across France, many of which are classified as “Sentiers de grande randonné” (GR). These are designated with numbers, marked on trees, stones or posts, as well as a red and white band.

Such paths, including the GRs, are not open to motorbikes or any motorised vehicles.

There are some general rules that hikers and bikers should respect when using the routes.

A recent attack by a Pyrenees mountain guard dog also prompted a warning for trail users to check for livestock and guard dogs, and to maintain a good distance and exercise caution in affected areas.

Traps along mountain and country paths in France on the rise