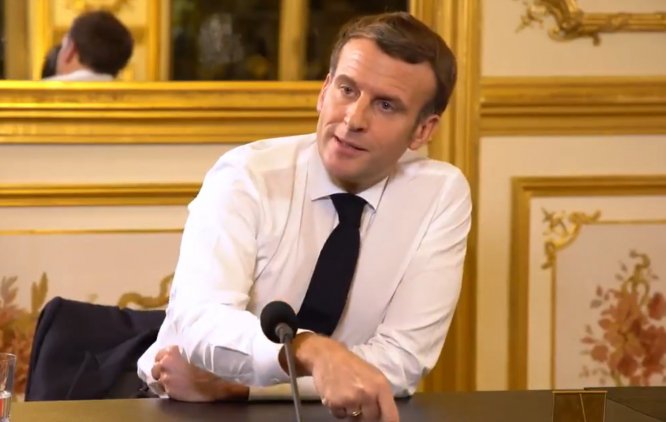 President Macron is to address the nation tonight at 20:00 to lay out the country's Covid-19 plans for the coming months
By Hannah Thompson

France’s vaccine strategy, the opening of “non-essential” shops, and the opening of ski stations are among the issues expected to be addressed in President Macron’s speech on Covid-19 tonight (Tuesday, November 24).

The President will speak in a televised address at 20:00.

He has previously said that he will aim to bring “clarity and coherence” to the path ahead, and to stop “the uncertainty and misery without end” of the current Covid-19 lockdown.

He said: “Nothing is worse than uncertainty and the impression of misery without end. We need coherence, clarity, and an end. To know where we are going together, and how to get there.”

The government is also set to lay out plans for deconfinement in three stages, from December 1 through to the start of 2021.

But Prime Minister Jean Castex has warned that Mr Macron’s speech will only permit “a light relaxation of confinement” in order to avoid Christmas and New Year parties from being held, which, Mr Castex said, could become “Covid factories”.

He said: “We are not talking of ‘deconfinement’, we are talking about extra management of confinement.”

The main aims and topics addressed are expected to include:

Since the start of the second lockdown, authorities in France have stated that their aim is to keep the current restrictions in place until the number of new cases of Covid-19 drops to fewer than 5,000 per day.

This figure was reached on Monday (November 23), although health authority Santé publique France said that this could be artificially-low, as fewer tests are performed over the weekend than during the week.

The President is likely to address this in his speech.

‘Light relaxation’ of the rules

It is thought that the President will confirm that “non-essential” shops such as bookshops and clothes shops will be able to reopen from December 1, as will religious sites, and sports clubs for young people.

Cinemas, theatres and museums may also be allowed to reopen - but it is not clear yet how or if they will be able to operate fully, as it is likely that Mr Macron will maintain a curfew in place even after lockdown lifts.

Bars, cafes and restaurants are not expected to be permitted to reopen until 2021.

The decision on whether to officially open all ski stations in France for the Christmas period will “be taken within the next 10 days”, the prime minister’s office said yesterday.

A statement said: “The question is not yet decided, with both options being considered due to the uncertainty of the changing health situation.”

The decision will be made based on health indicators, the office said, and will also take into account the actions of “neighbouring countries”.

Hospitals have said that they are worried about opening the ski slopes - risking more accidents and tourist issues - when the wards are already overwhelmed with Covid-19 patients.

The Pfizer/BioNTech vaccine was reported to have 90% effectiveness, the Moderna jab 95%, and the AstraZeneca trial 70-90% effective depending on the timing and amount of the dose.

France is keen to demonstrate a clear, strong path when it comes to vaccines, after the government has been highly criticised for its other decisions earlier in the year (such as whether to wear masks, and the less-than-enthusiastic uptake of the tracing app).

On Friday, president of government advisory council le Conseil Scientifique Professor Jean-François Delfraissy stated that the country “has no room for error” when it comes to deploying any possible future vaccine.

French health authorities have already suggested a plan to prioritise vaccinations according to risk. Some MPs in France have called for the vaccine to be made mandatory, but the government has so far proven more reticent on the subject, especially given the public’s lack of enthusiasm for vaccines.

Read more: French Covid scientist: ‘I see light at end of the tunnel’

Read more: Covid-19 vaccine ‘should be mandatory for all’ in France

President Macron is also expected to make reference to the country’s ongoing testing strategy, including the first antigen Covid-19 tests to be rolled out in a Paris lycée this week.

These will be rolled out across around 30 lycées in Ile-de-France in the next few days, and if deemed a success, the tests will be deployed at lycées nationwide.

National Education Minister, Jean-Michel Blanquer, said: “The idea is to break the chain of contamination, but also to emphasise continuation of barrier actions, which are still important even when you test negative.”