Private speed camera cars to be expanded across France 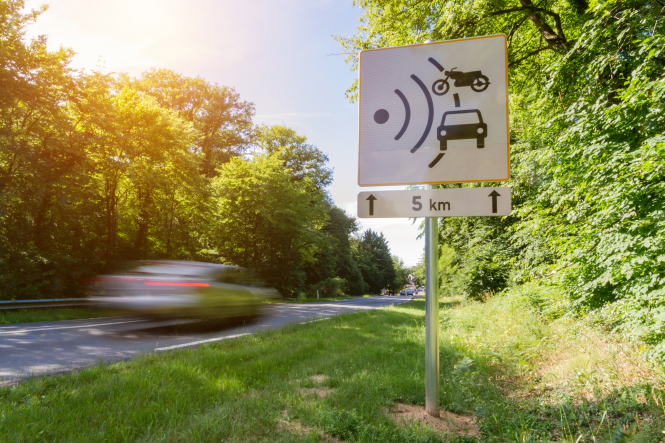 New private speed limit cars are set to be rolled out across four new regions in France Pic: Sdecoret / Shutterstock

Private speed detection cars are to be introduced to four new regions in France next year: Ile-de-France, Auvergne-Rhône-Alpes, Provence-Alpes-Côte d'Azur and Occitanie.

It will mean the cars, known as Radars Mobiles Nouvelle Génération (RMNGs), will be operational in all of mainland France. They are already present in eight of the 12 metropolitan regions (not including Corsica or overseas France).

However the first fines are only expected to start being issued in the new regions by 2023.

‘Private’ cars are those driven by outsourced operators, as opposed to police cars. They are designed to blend in with the traffic, using popular models such as the Peugeot 308, Dacia Sandero and Citroën Berlingo to help them go undetected.

The camera operators also use an infrared flash, not visible to motorists, making them harder to notice.

They allow a margin of 10km/h over speed limits in areas where the limit is below 100km/h, and a 10% margin in speed limit areas of over 100km/h.

Their extension to new regions had been expected in 2023, but testing is now set to start in these areas next year.

It comes after an appendix to 2022 budget plans was published. This laid out the tenders received for the project and confirmed that the testing would begin next year.

The private speed cars are still being fully rolled out in the regions of Grand-Est, Hauts-de-France, Bourgogne-Franche-Comté and Nouvelle-Aquitaine. They were confirmed as fully in place in Normandy Brittany, Pays-de-la-Loire and Centre-Val de Loire in April.

Speed detection cars have been in France since 2013, but their privatisation started in 2018 in Normandy.

There are set to be 450 speed detection cars across France by the end of 2021, of which 223 will be “external” or private, said the Interior Ministry’s road safety section, la Sécurité routière.

The aim of the cameras and cars is to detect dangerous driving, and to free up police time so they can focus on other road offences such as drink-driving, la Sécurité routière has said.

But some critics allege their use is also aiming to boost government income from road traffic offences.

Even so, there is no suggestion that the private operators are being paid ‘per car flashed’, they are rather paid a set fee for their services.

Income from road speeding fines has dropped by more than 13% in five years, according to figures from the Finance Ministry (Bercy).

This is thought to be partly related to the vandalism of many speed cameras following the 2018 gilets jaunes protests, but the trend had already started prior to this.

The Covid crisis did not help, due to a historic low of cars on the roads during lockdowns. Income from speeding fines dropped to €553million, much lower than the €729million that had been predicted in the budget.

Figures are still low due to many more people working from home. There was also a historic low of road accidents during this time..

In February, l'Association de la Ligue de défense des conducteurs estimated the net profit from a speed camera car at €194,000 per year. This is enough to bring in more than €40million a year with 223 vehicles in service and almost double that for a fleet of 450 radar cars.

The Finance Ministry has said it is not expecting a return to normal rates until 2024-2025.

French driver got 33 fines due to average speed camera – What is this?