French driver got 33 fines due to average speed camera – What is this? 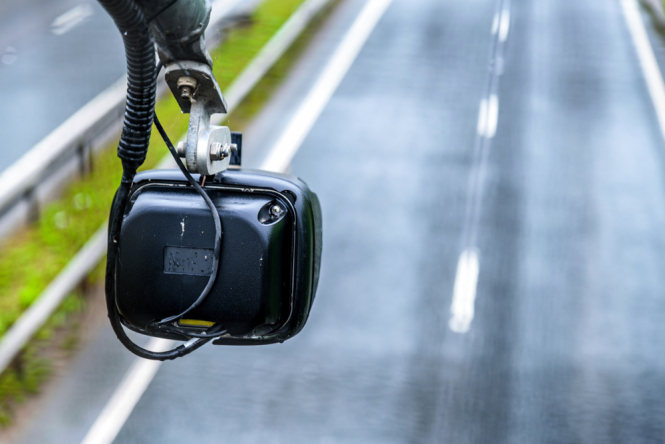 The woman received more than 30 fines 10 months after her first infraction, but claimed she did not know how the average speed cameras work Pic: Jevanto Productions / Shutterstock

A driver in France has been told she faces losing 37 points from her driving licence after receiving 33 fines from an ‘average speed camera' in 10 months.

A French licence only has 12 points, so she would have lost her licence three times over...

The situation was made worse, the driver’s family said, because the speeding fines did not start arriving until 10 months after the offences. They were the only sign that something was amiss, they said.

The woman, known as Suzy C., incurred the fines on a road near her family home, which she drove down every day. The road was fitted with a kind of camera known in French as radar tronçon (referring to a 'stretch' of road) or radar vitesse moyenne that calculates drivers’ average speed between two set points.

A camera takes a shot of the numberplate at the entry point of a stretch of road and records the time; a sensor then detects the vehicle again at the end of the stretch and calculates the average speed.

This is in contrast to fixed speed cameras, which only take a snapshot of a driver’s speed at one given point. Average speed cameras mean that drivers cannot slow down purely to avoid the camera.

Ms C. explained: “I took the Mercureaux roads every day. Coming back down, there were these speed cameras. I braked before, and on the slope, sped up a bit, and then braked again at the end, as I thought these were fixed cameras.”

Neither camera ever “flashed”, so she was not aware that her driving was an issue.

The problem was only noticed when speeding fines began arriving at the family home, demanding payment for speeding offences that had happened 10 months earlier.

At first, 13 letters arrived, and the number quickly climbed to more than 30.

Ms C.’s father Lionel, explained: “Because of the 30 fines with loss of one point and three with loss of two points, Suzy will lose 37 points. Financially, it represents more than €2,500. We even thought about her using her grandmother’s licence, as she hasn’t driven for decades, but we are honest people.”

The woman’s father did not make excuses for his daughter, but was baffled by how long the fines took to arrive.

He said: “It took 10 months. If we had received a fine on time, I would have simply explained to my daughter how an average speed cameras work, I would have sorted it out, and the story would have ended there.

“I am not against speed cameras, on the contrary. But there is no logic here, no objective in terms of prevention. And I think we will receive just as many [fines] in the coming days.”

The family is now fighting the fines, and aiming to prove the unfairness of the situation. They have delayed any summer holiday plans so they can stay at home to fight the case.

Mr C. said: “We will stay here as long as we need, while the case is still not resolved.”

Road safety authority Sécurité routière has a map on its website showing the location of speed cameras across France, including the type of cameras (fixed, average, red light etc).

Average speed cameras were first installed in France in June 2012. It was the eighth EU country to install them. By the end of that year, there were more than 100 installed along the sides of motorways and major roads.

Average speed cameras do not flash. They work by calculating the average speed of your journey between two fixed points, using infrared cameras and speed detectors.

For example, in a 50kph zone, if you travelled at 60kph for part of the way, you would therefore have to decelerate to 40kph for the same distance, in order for your average to remain at 50kph or below. However as with other fixed speed cameras there is a margin of error in favour of the driver, so for example the average speed would have to be calculated as 56kph in a 50kph zone before a fine was sent out.

Private unmarked speed camera cars to triple in France in 2021
A guide to driving in France
No more speeding fines in post for UK cars in France
I was sent a speed fine but can’t recall if I was driving?