Reader experiences: What is it like to use the health pass in France? 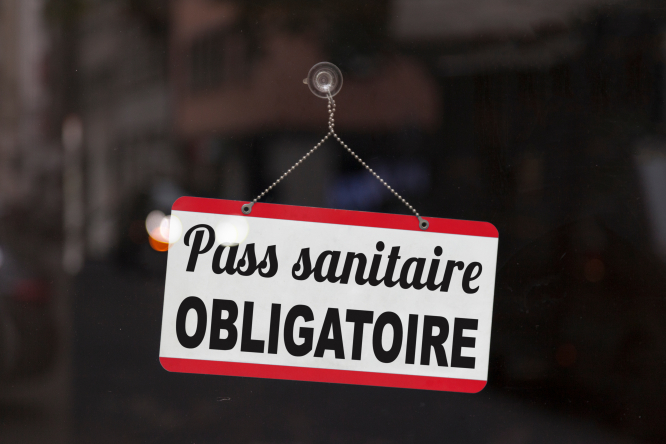 International visitors to France often have to scan proof of their Covid-19 status into the TousAntiCovid app in order to access a range of public spaces. Pic: BreizhAtao / Shutterstock

In France, members of the public must show a valid health pass (“pass sanitaire”) in order to access a range of venues, from restaurants and bars to conference halls, zoos and medical centres, unless in the case of an emergency.

A health pass can consist of:

Read more: How to get a French health pass: A guide for residents and visitors

International visitors to France who wish or need to show this health pass on their phone must convert any documentation proving their Covid-19 status into a QR code on the TousAntiCovid app.

While for residents of some countries this process has proved to be simple, for others it has posed problems.

We asked Connexion readers from around the world about their experience of obtaining a health pass.

Visitors from the US and Canada

Until the beginning of September, tourists from non-EU countries including the US and Canada had to email documents proving their Covid-19 status to a service that would convert them into a QR code.

Several readers reported long delays before receiving their codes, with some waiting up to a month.

One person from Canada said: “The pass is unobtainable. The government has emailed applicants to say excess volumes mean they will leave many applications unanswered. We may cancel our September trip.”

Another reader resident in Hong Kong said that after applying for their QR code on August 9 they were yet to receive a response from the government service.

There is now a simplified way for residents of these countries to obtain their health pass, which involves filling out an online form which will automatically request a QR code.

However, this digital platform still led to delays for a group of four Canadian cyclists who recently cancelled a trip to France because some of their party were not sent their health passes in time.

“We have just cancelled 42 room nights of hotels that would have been a boost to the French economy as well as other money we would have spent there,” they said.

An American reader also told The Connexion that, although they did not receive their health pass in time, they were able to show their CDC [US public health agency] card, which was “readily accepted by hotels and restaurants,” when they explained the situation.

However, this is at the discretion of venue staff, and not necessarily a failsafe solution.

Read more: Macron: ‘Too early to say’ if health pass needed after November 15

NHS vaccination certificates have been compatible with the TousAntiCovid app since the beginning of August. The converted QR codes have worked well for many readers, one of which said: “It has nearly always been entirely swift and no trouble. The only time it was even noticed was when a café owner insisted on apologising endlessly for having to do it.”

Others added: “I uploaded my NHS vaccination certificate to the TousAntiCovid app before leaving the UK. I used it to pass through customs, to check into my hotel, to visit several restaurants. In every case it worked perfectly with no queuing or delay. I’ve recently reloaded my NHS pass as it was due to run out. Very good experience all round.”

“It was simple to upload the UK NHS vaccine proof into TousAntiCovid and is far easier than the NHS app to use: no complicated usernames and passwords. Tap the app and show your screen. Very simple and easy!”

However, one reader has experienced problems when trying to use paper vaccine certificates as a health pass.

“Being short term visitors to a second home with no access to smartphones we were disappointed to find that our paper certificates, though accepted at the ferry port, were unable to be 'read' in two different cafés,” they said.

Connexion readers who are resident in France have reported largely positive experiences with using the health pass.

One person said: “Absolutely no problems whatsoever. Show the pass and it's scanned by the person with the reader and that's it. No delays, no bother, nothing at all-other than knowing that everyone else in the venue is vaccinated or negative.”

Another added: “I’ve used it in restaurants, cafes, museums, gym, cinema and arts venues. Generally it takes all of 20 seconds for it to be scanned. I have it digitally stored on my home page of my phone and I carry a paper copy for sunny days when it’s hard to read a screen.”

However, one person did recommend that others “check their pass before they go out.”

“[I’ve shown the pass] five times to enter different venues since I’ve had it. Twice I discovered the documents I'd uploaded had disappeared from my ‘account’ and I had to go back home and reload them!”

Another family observed that some venues are not enforcing the requirement.

“[We are a] family of three from the UK. We showed our pass on our phones, having put our NHS certificates successfully into the TousAntiCovid app. Used for restaurant access.

“Some places were very good and strict about scanning before we were allowed in. Others never asked and were clearly not interested despite having all the signs up saying you must show. One place was surprised we tried to show our pass without being asked!”

You can share your experiences of using the French health pass with us via this short survey.

Covid France: More research needed before under 12s are vaccinated