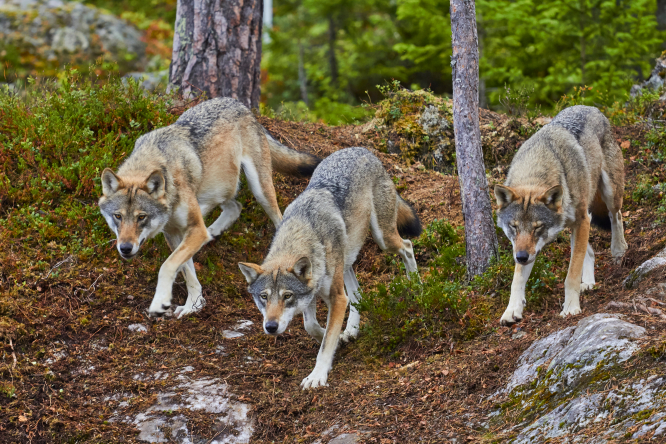 A 2021 study found that there are around 624 wolves in France and the vast majority live in the Alps Pic: Michal Martinek / Shutterstock

A shepherd has been ordered to pay fines by a court in Gap after his guard dogs bit hikers on multiple occasions this summer.

Jean-Marc Garnier, from Queyras, Haute-Alpes, was ordered to pay €2,500 in fines (with €1,000 of the amount suspended unless there is a repeat similar offence) for causing involuntary injury to hikers on July 16, 25 and 27 and August 11.

Two of his dogs have been confiscated and the shepherd must also pay €300 in damages to a civil party.

The prosecution argued for a €1,150 fine and two months in prison, while Mr Garnier’s lawyers argued for a lighter punishment.

General secretary for agricultural union FDSEA 05, Sandrine Hauser said she was “very disappointed” with the ruling.

“We expected a complete acquittal. The farmer is not responsible for their dogs,” she said.

Agricultural unions and farmers have rallied to support Mr Garnier during the trial, arguing that dogs are necessary in the area to protect sheep from wolves.

During one protest, a sheep carcass was left outside the court while protestors carried signs asking: “When will the wolves be put on trial?”

President of union les jeunes agriculteurs 05, Edouard Pierre, told France 3: “What we want is for the state to take responsibility for the dogs because we have not chosen to have them and we don’t use them out of our own will.

“We keep them because [our sheep] are being preyed upon, and we want the state to take responsibility for its choices.”

In summer 2021, 23 dog bites were reported in the Hautes-Alpes region.

Where do wolves in France live?

Wolf populations have been tracked by annual surveys in France since 1992.

While the animals are rarely spotted in the flesh, researchers can observe signs that indicate their presence in different territories.

A winter 2020-2021 study found that there are around 624 wolves in France, with settled populations present in 125 areas.

Among these, there were 106 packs, defined as three or more wolves together including mothers with cubs.

The potential presence of wolves was identified in Normandy, Occitanie, the Alps and in the north east of France.

However, in Normandy indicators showed wolves “may be present” rather than proving any live there, and in the north east just one wolf pack was confirmed, along with three instances of pairs or individual wolves.

In Occitanie there were nine instances of pairs or individual wolves, but no wolf packs identified.

The highest number of packs by far were identified in the south east of France along the Alps, with dozens of settled wolfpacks located between the Mediterranean Sea and the Swiss border.

Historically wolves lived in all regions in France, but by 1937 they were hunted to the point of extinction.

Fifty years later wolves were given protected status by the European Union, and numbers in France have grown steadily since the early 90s.