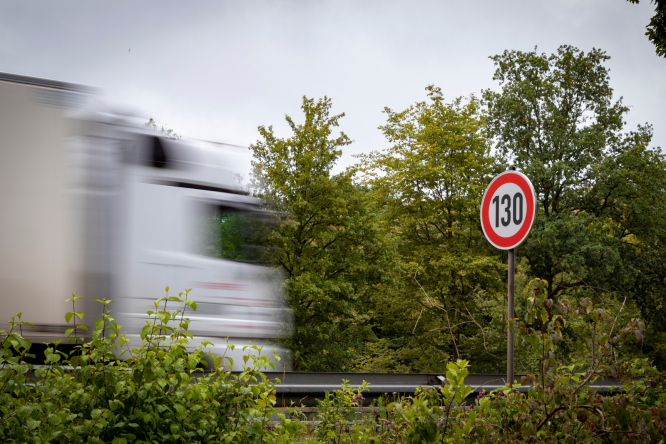 Ms Hidalgo, who is running as a Parti Socialiste candidate in the 2022 presidential elections, told RMC: “I’m in favour of lowering speed limits of roads, 130km/h is a lot. Less speed means fewer accidents”.

However, her team later clarified that reducing the motorway speed limit to 110km/h was not something Ms Hidalgo would put forward as an official proposal during her presidential campaign.

He said that “there are many parts of the motorway where the speed limit is already 110… and motorways where it is perfectly safe to drive at 130”.

However, he told BFMTV that reducing speeds on secondary roads and in cities was justified. “[A] 30km/h limit is scientifically proven to lower greenhouse gas emissions, so why not?,” he asked.

How does France’s motorway speed limit compare to other countries?

The set motorway speed limit in France is average, if on the higher side, for Europe. The only countries with higher limits are Poland and Bulgaria, at 140km/h.

In Germany, which has strong driving lobbyists, the 130km/h limit is a “recommendation” on many sections of motorway that do not have an official speed limit.

Malta has the lowest motorway speed limit in Europe at 80kp/h, followed by Estonia, which has a winter speed limit of 90km/h (but 110km/h in summer); then Cyprus, Norway and Sweden, where the limit is set at 100km/h.

All other European countries have limits of between 110-130km/h.

Outside of Europe, many countries tend towards lower limits, with Canada, Japan, China, South Korea and Indonesia having a 100km/h limit.

In the US, the limit ranges from the mile per hour equivalent of 89-120km/h.

However, France is one of the only European countries to lower the speed limit (to 110km/h) in the event of poor driving conditions such as rain, fog or snow.

Speed limits in France can also be changed in order to regulate high traffic levels on roads.

Driving at a speed that is “excessive or not adapted to the circumstances” is the leading cause of road deaths in France, road safety watchdog l’Observatoire interministériel de la sécurité routière has said.

However, the watchdog added that the majority of fatal road accidents caused by speed happened on smaller roads where the limit was set to 70km/h, rather than on motorways with a 130km/h limit.

This has led to a reduction of speed limits from 90km/h to 80km/h (the applicable roads are decided at a local level) on some secondary roads in France (not dual carriageways) – a measure that driving associations and several departments oppose (see below).

Philippe Chrétien, a representative from The European Centre of Studies on Safety and Risk Analysis, told Le Parisien that accidents on motorways tend to be more serious when they do happen, but they are less frequent overall.

He said good road conditions in France also contributed to reducing risks. “Entries and exits are [well] managed and ground markings are well maintained,” he said.

Where in France have speed limits been reduced?

Ms Hidalgo’s comment on motorways comes soon after Paris reduced the speed limit within the city centre (except for some major roads) to 30km/h.

The mayor’s office said that the goal was to reduce pollution and noise, and to improve road safety. However, some residents, driving associations and shopkeepers have launched an appeal against the new limit, calling it “arbitrary”.

Lawyer for the appeal group, Patrick Tabet, said that reducing speeds did not have a significant effect on road safety or accident levels.

This is because it is only “the fifth leading cause of traffic accidents in Paris, behind driving under the influence of drugs, drink, failing to give way and dangerous overtaking”, he said.

Other cities in France that have reduced the speed limit to 30km/h on city centre roads (and surrounding roads, but not motorways), or have announced plans to do so in 2022, include Limoges, Nantes, Toulouse, Montpellier, Strasbourg, Lille, Bordeaux, and Lyon.

The  map below, compiled by campaign group Ville30.org, shows the cities and towns that have lowered their central speed limit to 30km/h, including those that have already done so, and those that are planning to by 2022.

Meanwhile, some departments in France have increased their speed limit on secondary roads to 90km/h, after they were lowered nationwide to 80km/h in June 2018.

By July of this year, 33 departments of 101 in total in France had decided to raise the limit back to 90km/h on the roads concerned.

And while the government has said that lowering the limit has saved 349 lives in a year, a new report by drivers’ association  la Ligue de Défense des Conducteurs contested the claim, saying that the figures used by the government were “biased, misleading, and false”.