St Catherine’s Day: Are there still ‘Catherinettes’ in France today? 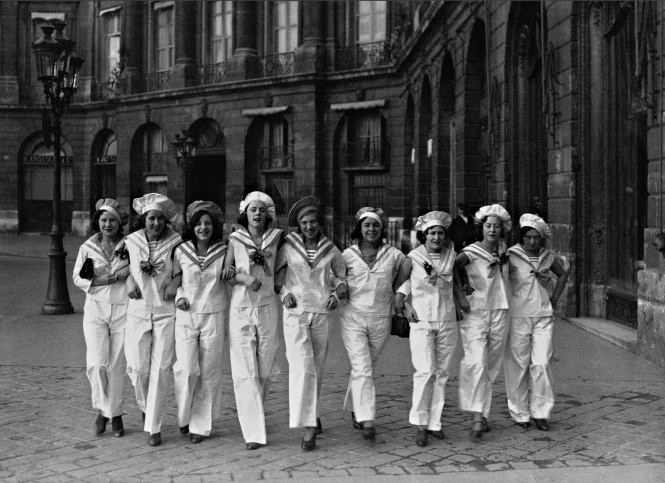 Today (November 25) is Saint Catherine’s Day, a date which, in years gone by, placed the spotlight on women in France who had reached the age of 25 without getting married.

In France it was once customary for unmarried women – or Catherinettes – to use this day to pray for husbands, send postcards to each other, and wear hats made for them by friends.

Some French women still do wear hats on November 25, although the custom is now seen by many as being outdated.

The tradition has also spread to other places around the world, with a hat parade held in New Orleans each year on the weekend before Thanksgiving.

According to tradition, an unmarried woman under 25 may pray: “Give me, Lord, a well-placed husband. Let him be gentle, rich, generous and agreeable!”

Once over the age of 25, they would say: “Lord, one who is bearable, or who can at least pass as bearable among others.”

And as they neared 30, they would pray: “Send who you like Lord, and I will be happy!”

Legend has it that the hat tradition came about through a centuries-old custom, which saw young, unmarried women come to clean and groom church statues of Saint Catherine so that they could pray to her for a husband.

This idea of “coiffer Sainte Catherine”, or styling Saint Catherine’s hair, eventually evolved into women creating their own hats and headdresses, perhaps to alert passing men to the fact that they were in the market for a husband.

Catherine of Alexandria – or Catherine of the Wheel – is a Christian saint who was martyred in the fourth century AD by the Roman emperor Maxentius.

The story goes that she was the daughter of a pagan governor of Alexandria called Constus, and was from a young age a keen scholar. She converted to Christianity around the age of 14 following a vision of the Virgin Mary and the Child Jesus.

Catherine went to Maxentius to rebuke him for his cruelty towards Alexandrian Christians and persuade him that paganism was wrong.

Some accounts say that the emperor then tried to seduce her and was rejected, while others claim that he called on 50 pagan philosophers to prove her wrong, and all of them failed.

Incensed, Maxentius threw Catherine into prison, tortured her and condemned her to death by torture on a spiked braking wheel. While she was detained, Catherine’s wounds were tended by angels and she succeeded in converting 200 people – including Maxentius’ own wife – to Christianity.

When the time came for her execution, Catherine’s touch miraculously shattered the breaking wheel and the spikes flew off in all directions. It is from this event that we derive the symbol of the Catherine Wheel.

Maxentius then ordered that she be beheaded. As she was executed, it was not blood, but rather a white, milk-like substance that flowed from her neck.

Legend has it that Catherine was then carried by angels to the top of Mount Sinai and buried there.

Catherine was venerated as the patron saint of unmarried women and later of hat-makers.

By the Middle Ages, Catherine had become one of the most important virgin martyrs, and Joan of Arc later claimed that she had been visited and counselled by her.

The Catherinette tradition began to fade into the 1970s, although its place in the world of fashion proved more durable.

In 1998, Bordeaux milliner Alain-Pierre Ary launched a collection of luxury Catherinette hats, some of which were priced at 3,500 francs (around €530).

However, the custom is often viewed disapprovingly by young women today, who see it as a relic of historic gender stereotypes painting women as mere adjuncts of men.

Today, 38.8% of French men and women over 15 years of age are single, according to national statistics office Insee, and the feminist cause has long fought to dismantle the perception that a woman’s life is only complete once she becomes a wife and mother.

However, Saint Catherine’s Day is still celebrated in some parts of France, including Grand Est and Nouvelle-Aquitaine, where its customs are constantly evolving and modernising, including, in recent years, hats made out of recycled materials.

In Vesoul (Haute-Saône), an agricultural festival is organised every year, complete with a ‘best hat’ contest for Catherinettes.

Anne de Bretagne: A symbol from birth of a ‘free’ Brittany