Travel: What do border reopenings mean for France? 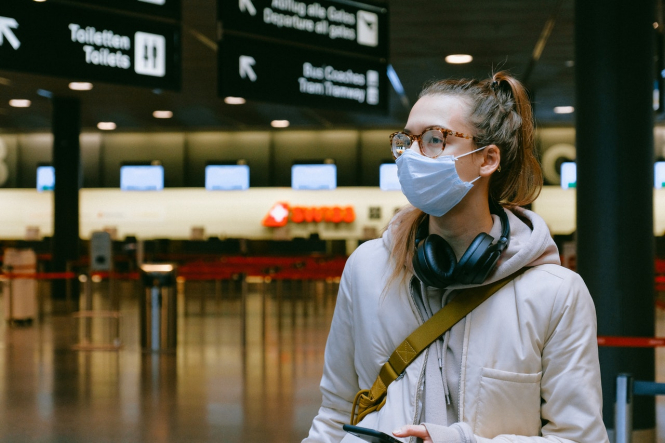 As some European borders reopen and June 15 approaches, we consider what the current rules mean for France
By Connexion journalist

France began phase two of deconfinement on Tuesday June 2, and both President Emmanuel Macron and Prime Minister Edouard Philippe have been clear that holidays within France will almost certainly be permitted this summer.

Beaches, parks, forests, holiday accommodation, monuments and museums have all reopened - or will have done so - by the end of June. The 100km travel limit has also been lifted.

However the government has repeatedly said that it will make a decision on how - and whether - to reopen European borders, on June 15, and how that will affect tourism and travellers inside and outside France.

Similarly, the European Commission - and several countries from the Schengen Area - have argued for this approach.

French junior minister for European and foreign affairs, Jean-Baptiste Lemoyne, said: “At a European level, it is around June 15 that most member states will take measures to lift their closed borders. I am confident we will be able to move around in Europe this summer.”

The UK is one of the countries that appears set on imposing a mandatory quarantine for all visitors, including travellers from France, from June 8.

The UK has now said that people who disobey the mandatory quarantine rules risk being deported “as a last resort”, and also risk fines of £1,000 (€1,123), and prosecution. In addition, failure to complete the form that says where the person will be self-isolating for the two weeks will be punishable by a £100 (€112) fixed penalty notice.

UK home secretary Priti Patel said this week: “Protecting the public’s health and avoiding a second peak that overwhelms the NHS will always be our top priority.

“As we get the virus under control here, we must manage the risk of cases being imported from abroad. We owe it to the thousands who’ve lost their lives not to throw away our progress.

“These measures are informed by science, backed by the public and will keep us all safe.”

But French minister Mr Lemoyne, alongside Mr Philippe, said: “We have close contacts with the British government, because, according to reciprocal logic, we will be forced to impose the same thing [a quarantine] on its citizens [if they travel to France].”

So far, France has said that it will impose a reciprocal, voluntary, two-week quarantine on arrivals in France from the UK, regardless of nationality or reason for travel.

Similarly, Belgium is currently not letting French people in, with borders open to arrivals from the Netherlands, Luxembourg and Germany, but not France. Austria is also imposing a quarantine on arrivals from France, and has only opened its borders to arrivals from Germany.

Denmark has imposed the same rules as Austria, and is also allowing arrivals from Norway and Iceland (but not France).

Italy - one of the earliest-hit countries in Europe - has already reopened its borders (from today, June 3), to EU citizens and from the Schengen Area. Flights have restarted into Rome, Milan, and Naples.

Arrivals to Italy from France are not required to self-isolate, as long as they have not travelled from another continent before their arrival.

Andorra has already reopened its border with France. Spain is set to do the same from July 1, with the Balearic Islands and Canary Islands possibly open from mid-June, depending on the Spanish authorities.

Both interior ministers of France and Germany have said that their borders will reopen without restrictions from June 15.

Switzerland is set to reopen borders to France, Germany and Austria from June 15, but has warned that arrivals to Switzerland will have “health measures” imposed.

Greece has announced that some of its airports will reopen from June 15, but only to nationals from some European countries. Currently, French, UK, Spanish and Italian nationals are among those not allowed.

The Greek government has said it has not ruled out opening to more nationals, and reopening more airports, from July 1.

The French government has published a list of all the current restrictions, and has said that it is currently not expecting to open its borders to long-haul, international travel for several weeks.

Mr Lemoyne said: “It will take a while, we must be honest. While inter-European borders will lift around June 15, those between the EU and the rest of the world are likely to remain closed for several extra weeks.”

Read more: Arrived in France from outside EU? Please isolate

The government has suggested that borders could lift to almost 180 international countries by mid-July, but there are likely to be conditions attached for travellers - both from and to France.

Travel is more relaxed between the French overseas territories, and Corsica, although restrictions remain depending on the health status of the region or country.

These are set to remain until at least June 23.

Deconfinement in France: key June and summer dates
UK-France travel without quarantine may be OK in June
French flight boss: Air travel ‘not normal’ until 2023
Can we travel to our second home in France in June?
UK quarantine: what if only visiting for a few days?
Will deconfinement affect summer holidays in France?
France will not force social distancing on airlines