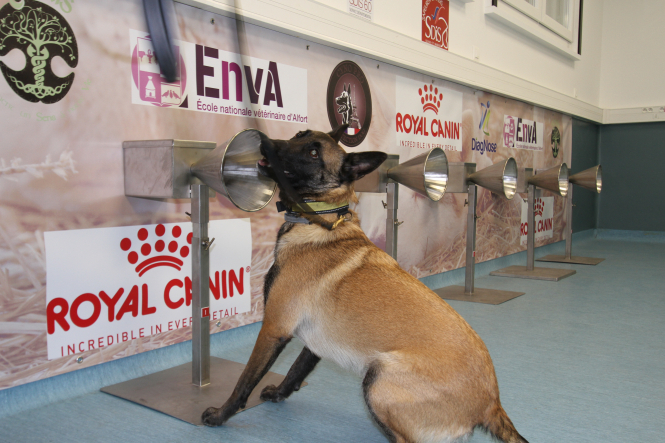 French researchers working to train sniffer dogs to detect Covid 19 cases have received backing from the World Health Organisation (WHO) – and hope the move will prompt more support from France.

The team at the Ecole nationale vétérinaire d'Alfort leads a multi-national project which has already seen sniffer dogs used at airports in the UAE, and which has trials running in Finland, Lebanon, parts of South America, and Australia.

It has shown that trained dogs, using samples collected from cotton pads which have wiped the armpits of people, can detect Covid 19 more reliably than laboratory tests.

Dogs that are already trained as sniffer dogs can learn to detect Covid 19 in weeks, while it takes between three or four months to train a young dog from scratch to be a sniffer dog.

“Yes, the WHO will help us and has put us on one of its research tracks for Covid 19,” Professor Dominique Grandjean, who is leading the research told Connexion.
“For us it means a recognition of the work we have done and we hope it will help convince our deciding health authorities in France.”

An early report on the research has been approved by a panel of peers and is due to be officially published.

“We are still helping and piloting projects in numerous other countries and they are all showing results close to ours,” said Prof Grandjean.

The Alfort project, and another seeking to produce reliable samples to train dogs led by Strasbourg university hospital have not received any extra funding from the French government.

A ministry of health spokeswoman said told Connexion that there were no plans in France to use dogs to sniff out Covid, and pointed out that an authorisation for using dogs to detect some forms of cancer had still not been approved after two years in the hands of authorities.

Prof Grandjean said it was unlikely people at airports would be tested by having a dog sniff them, and the system would most likely work if samples are collected and sniffed by the dog in another room.

He said that would be particularly useful in the case of professional sports teams, where members of the squad face providing regular and unpleasant nose samples.