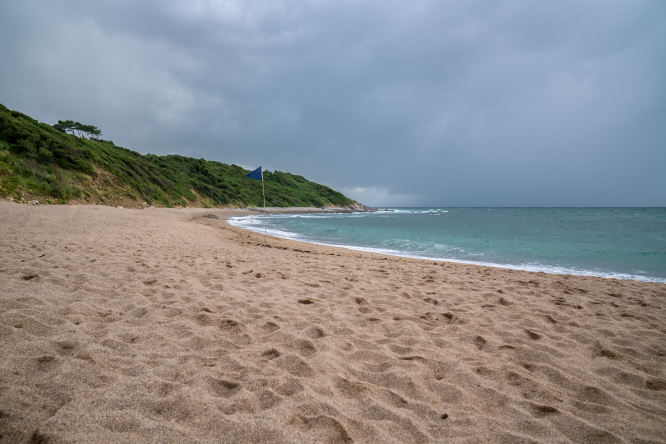 The property backs on to Lafitenia Beach, a wild beach known for being a reliable surfing location Pic: Mike Fouque / Shutterstock

The sale of a €6.4million villa in south west France is causing controversy due to part of the property including an area of protected coastal land, prompting ecologists to fight the sale.

A listing on the Côte Ouest Immobillier site says: “This property was constructed in 1911 on an exceptional site… facing Lafitenia beach, a famous surf spot, with panoramic views over the ocean and the mountains.

“The land around the villa includes four hectares of ocean coastline, which cannot be built on.”

But these four hectares at the heart of the controversy are protected coastline, which is subject to erosion, and have a public pathway running through them.

One local association, Akotze Zain, which was originally created to fight against the construction of a luxury hotel development in the area, wrote in a Facebook post: “It is these four hectares that are worrying us. This land is sensitive, protected, and the coastal walking path goes through it.”

The association has asked the town hall to block the sale of the four hectares, which the mairie is currently considering.

The prefecture is also looking into claims from the group that selling the property would violate environmental rights.

One person in the Akotze Zain Facebook group wrote: “Using the land in a coastal area and exposing it to erosion is a very risky investment.”

Another wrote: “From a geological point of view, you cannot build on the four hectares. Or if you do you would need colossal means.”

The association said the land was “effectively impossible to build on, but other activities could take place there. It is mainly the land issue, with the retreat of the coastline, that is at stake”.

The coastline near Saint-Jean-de-Luz is eroding at a rate of around 25cm per year.

In October 2021, the local government launched an initiative to enable businesses and facilities that are close to the coastline to move further inland, to protect them and allow erosion to continue naturally.

The sites affected so far include campsites, restaurants, cafes, and a water purification station.