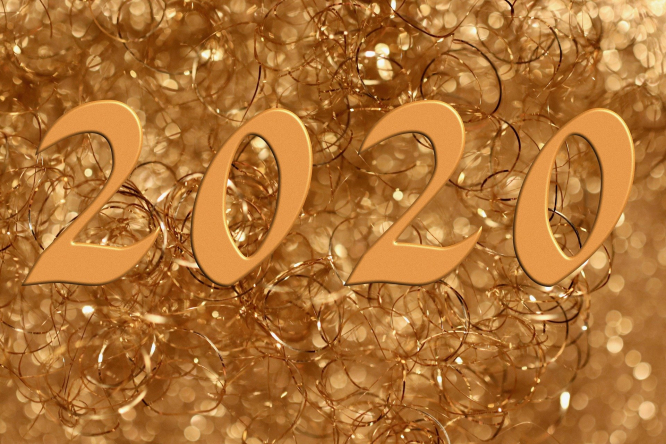 We know, 2020 will probably not go down as many people’s favourite year. The “C” word has dominated most of our lives and has brought much pain.

So, to offer a bit of light relief and to end this year on an optimistic note, we have picked out 16 positive stories that we have reported on this year. We hope they bring you a little smile at least.

Remember that time before coronavirus? No, neither do we. But people in Brittany might.

Back in January, social media platform Twitter turned the region’s distinctive black-and-white flag - named the Gwenn Ha Du - into an emoji as part of a trial.

It was part of a campaign to see if it would be popular enough to become a permanent emoji. Around 405,000 Gwenn-ha-du emojis were Tweeted out in around one month between January and February.

The 4,500-inhabitant commune of Villers-Bretonneux (near Amiens, Somme, Hauts-de-France) helped to raise extra money to support the firefighting effort in Australia through an online crowdfunding drive.

So, Villers-Bretonneux decided to help out and raised over €18,000 for the cause.

The small town’s motto is "n’oublions jamais l’Australie" (never forget Australia) because 100 years ago the Australian state of Victoria helped raise money to rebuild the town’s school that was destroyed during World War One.

The French town has also been twinned with the small, 2,000-inhabitant Australian town of Robinvale, in the north of Victoria, for 30 years

Students at a French veterinary school set up a voluntary scheme to offer free veterinary care and treatment for pets belonging to homeless people, or those without the means to pay.

Supervising professor Dr Vincent Legros said: "The veterinary acts that we practise here, are preventative medicine, that is relatively technically easy to do. The good thing about this is that [students] meet people who may have difficulties later, and they can take that on board in their profession moving forward."

Student Lucas Carreras said: "A homeless person isn't going to pay for a vet, so we are here to be the intermediary between major care, and minor care."

In other animal news…

Left-wing party La France Insoumise announced a cat as its candidate for the municipal “Rennes en commun” election list back in February.

The move was a means of raising awareness of animal welfare issues.

Félix Boullanger, co-director of the municipal campaign in the Ille-et-Vilaine city, said the list would “highlight a subject that has not been seen much in this campaign: the animal condition”.

Coronavirus catapulted most of our lives into strange new realities and one major element of this was spending a lot more time on our sofas.

But France’s strict Spring lockdown, as horrible as it was, did lead to some beautiful moments. One of them was the French national orchestra coming together through technology to offer a home rendition of Bolero.

You can watch the result in the video below.

LEGO, learning and equality, what more could you want from a happy news story?

The Danish toy maker developed the bricks to help people who are blind or visually impaired learn braille. They are now on sale in seven countries, including France.

The company said that the bricks retain the “iconic form” of classic LEGO bricks but “unlike a regular LEGO brick, the studs are arranged to correspond to numbers and letters in the Braille alphabet.

“Each brick shows the printed version of the symbol or letter, allowing sighted and blind children to play and learn together on equal terms.”

That’s right, LEGO to the rescue again. In October we brought you the story of an association for disabled people in eastern France using LEGO to make ramps for people who use wheelchairs.

The ramps are lightweight, portable, and can be used in everyday situations - such as “stepping up” onto a pavement, or entering a steep doorway threshold to a shop. And, because they are each built by hand, they can be customised and personalised to the user.

It takes 1,600 pieces of the small plastic bricks to make one ramp, and construction takes 20 hours.

Hatchings of these cute turtles are very rare in France, making this video of several dozen of the babies crawling into the Mediterranean Sea in the south of the country all the more special.

“In the last five years there have been four or five hatchlings counted, and certainly others that no one has seen.

"Turtles generally return to lay their eggs at the place where they were born... but in recent years there are more and more observations of turtles laying eggs at sites where they are not usually present," he said.

They have been on a list of protected animals in France since 2005.

9. September: The return of a long-lost bible to a French family...thanks to Facebook

A bible, lost by a French soldier on a World War Two battlefield and found by an English soldier in 1944, was finally returned home in September, after a mere 76-year wait.

The Bible in question originally belonged to a young Normandy resident, but was lost during the war. It was found in an abandoned German truck by an English soldier named Jack Harrison, at Vaux-sur-Aure, in the Calvados, in 1944.

The Bible was inscribed with a girl’s name: Annick Briens. Jack kept it his entire life, bequeathing it in his legacy to his grandson Damian, upon his death in 2003.

This year, Damien turned to memorial association Mémorial de Caen for help, who posted the story of the bible on Facebook.

Laura Bataille, digital communications manager at Mémorial de Caen, said: “We posted it on Thursday September 17, around 17:00. Within 20 minutes, we already had 1,200 shares. We saw that it had taken off. In less than 24 hours, we had 60,000 views and a huge amount of reactions.

“Many people joined us in the investigation. Within three hours, we had three serious leads.”

Read the rest of the incredible tale here.

This year will go down in history for many reasons. One of those is the staggering global scientific effort that took place to create multiple vaccinations against Covid-19 in such a short space of time.

But this was not the only notable scientific work of the year.

In September, French scientist professor Catherine Dulac received an award for her research on identifying neuron circuits in the brain that determine how mice parent their offspring.

It turns out, parenting is not strictly the business of males or females...

The activation of the alternate circuit may, for example, result in a stressed female attacking her offspring, or a new father taking care of them.

This could apply to other species too.

This year France announced that it would double paternity leave.

The changes were announced by President Emmanuel Macron, who said 80% of the population support the plan. It will put France among the European leaders for fathers’ rights, along with Spain, Sweden, Norway and Portugal.

Another benefit of lockdown!

France’s famous painted Lascaux caves are “doing better” thanks to confinement, the site’s conservation manager said in September on the 80th anniversary of their discovery.

Located in the Vézère valley, near the village of Montignac in the Dordogne, the caves are heralded as one of the most important and prized examples of Upper Paleolithic, Cro Magnon artwork in the world, with the paintings estimated to date back around 17,000 years.

In 1979, Lascaux was inducted on to the UNESCO World Heritage Sites list.

France became the first country in the world to open a purpose-built therapy swimming pool for horses and just look at how happy one customer was to try it out!

The pool will allow vets and researchers to study muscle and tendon problems in horses and develop proven methods of treatment.

The €1.7million Kinesia centre in Normandy has a U-shaped 40-metre pool with sloped entries to let horses enter and swim in the 3m water.

Now on to one of the most unbelievable stories of the year in France.

Four young homeless people won €50,000, the maximum prize possible, on a scratch card that was given to them by a customer as she left a tabac where they were sitting outside begging.

“Usually some people give them a few coins or something to eat, but this lady decided to give them a scratch card and came in especially to buy it after talking to them,” Dominique Pierre, the co-owner of the tabac, Le Minuit, in Brest told The Connexion.

“As you can imagine they were delighted when they scratched it and found they had won, especially as they first thought they had only won €25,000 but when we looked at it we found it was double.”

Wow. And in other jackpot news…

France's biggest-ever Euromillions Lottery winner plans to give away millions of euros to good causes.

The anonymous retiree, whose numbers came up to win a jackpot of €200million, said he would create a charitable foundation, to which he plans to give tens of millions of euros, for a number of unspecified good causes. He also plans to donate some of his good fortune to hospitals.

"Seeing the happy people around me is the greatest reward. When the money falls from the sky, something must be done with it to help those who are not so lucky. Otherwise, it doesn't make sense," the lottery winner, who lives in the south of France, said.

He also said he would buy his daughter a new car, and help 'relatives in need'. But he said his plans for Christmas have not changed - "we will do exactly what was planned, down to the menu" - and any travel plans would wait until after the global pandemic has died down.

16. December: British violinist’s concerts a thanks for French cancer care

And last but certainly not least...

Nigel Broadbent, a former first violinist for the London Symphony Orchestra, spent the week leading up to Christmas hosting free concerts every night in his local village in southern France to give thanks to the French medical services that helped him recover from tonsil cancer.

He was given the all clear from cancer earlier this year and wanted to pay tribute to those who had helped him, saying the doctors and nurses were incredible.

He told The Connexion that he thinks everyone attending the mini, 30-minute concerts has enjoyed themselves.

His wife, Jane Purrier, wrote a poem about Mr Broadbent’s nurses who came to help him during his treatment. It is in French, and we will leave it like that because we could not respectfully translate it.

But we think it is beautiful and hope that you enjoy reading it too as a little end-of-year gift.

The Connexion team would like to thank you all for your continued support and commitment. We are excited for 2021 and look forward to continuing to bring you stories about life in France.