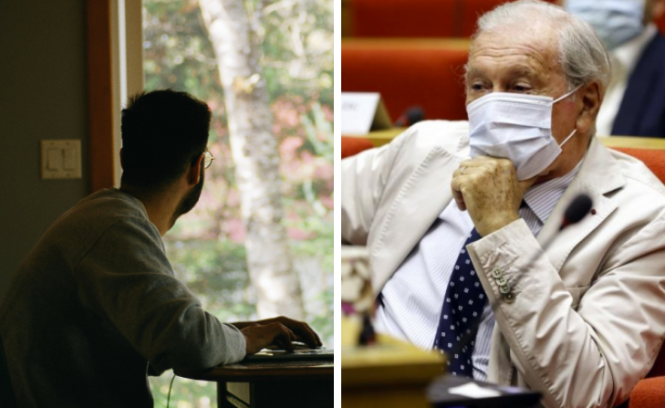 Older people in France should self-isolate for the next two months and the country should impose a new lockdown to deal with the new Covid-19 variants, the country’s most senior scientific advisor has said.

Professor Jean-François Delfraissy, president of government scientific advisory council Le Conseil scientifique, told news service BFMTV: “In the next two months, [I recommend] a form of voluntary self-isolation [for older and the most fragile] to protect themselves against the new variants.”

The professor said that “we should probably move towards a lockdown” and follow the example of Ireland and the UK, both of which have imposed lockdowns as the new variants continue to spread.

On the subject of the new variants, the professor said: “The public must understand that the new variants - from the UK, South Africa, Brazil, and now California - have completely changed the game over the past three weeks. Why? Because they appear from many directions.

“Because they have a higher contagion rate, and they ‘accelerate’ the virus.

“These variants are the equivalent to a second pandemic. I don’t say these words lightly. If the wave of the virus and the UK variant are confirmed, this is an essential moment of vigilance. We cannot stop it from spreading.

“If we continue to do nothing more, we will find ourselves in a very difficult position from mid-March.”

The professor suggested that the school holidays could be “adapted” by adding on an extra week or grouping holidays together. He said: “We could find ourselves with a form of lockdown in parallel with holidays, to reduce the spread of the virus.”

He said that “an early study showed that we are at around 2% of cases [of the new UK variant]...we have data showing that the UK virus is at rather 7, 8, or even 9% in certain areas, including the Paris region.”

The professor said that the South African variant was at around 1% of cases, and that there was also a risk of the spread of the Brazilian variant, “as we have a point of entry [into France] via French Guiana.”

The government has clearly stated multiple times that there are no definite plans to impose a new lockdown in France.

He said: "No decision has been taken, the next few days will be decisive. We are seeing a higher spread of the virus in France. It is less so than our neighbouring [countries] but it is spreading, but with no exponential rise at this stage.

"In principle, all the scenarios are on the table. Each time, we take into account what we have learned."

The government has said that it will need to evaluate the results of the current curfew - which was recently extended to cover the entire country just over a week ago - before making any further decisions on lockdown.

Read more: France will not wait to impose new lockdown if curfew fails

The professor also suggested that the new variants could eventually lead to a change in vaccination strategy in France.

He said: “Do these variants respond to vaccines? We have some response with the UK variant, it seems - from early data - that it does respond...in contrast, the South African and Brazilian variants [suggest] there is not protection.

“From the early data, an American study shows that with the South African variant, there is a drop in effectiveness of around 40%.”

Read more: France aims to roll out Covid jab to all by end of August

But Professor Delfraissy has disagreed with the health minister’s timeline.

He said: “The problem of a relative shortage of vaccines exists across Europe, and it’s also the case in the US. We are going to vaccinate a maximum of people, probably 6-8million by mid-April. We will need lots of time.

“By the end of the summer, we will have vaccinated 40% of the population, no more.”