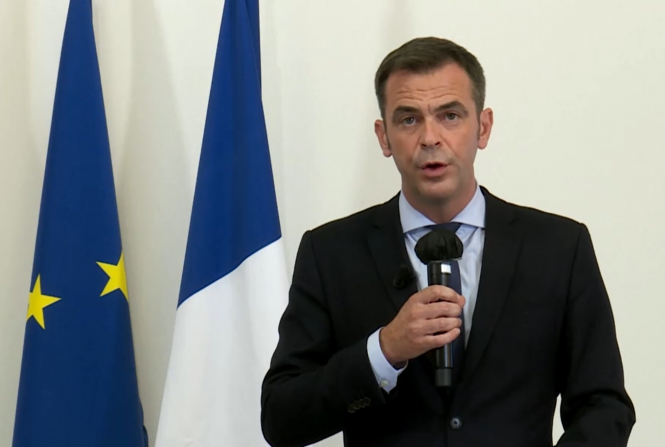 In the first of his new weekly Covid-19 updates, health minister Olivier Véran yesterday (Thursday, September 17) laid out a number of new measures in a bid to stop the spread of the virus. He admitted: “The epidemic is once again very active in our country. We must learn to live with the virus for several months still.”

Mr Véran said that the “dynamic” of the virus was “worrying...in some areas”, but added that it was “moving less quickly” than it had in spring, and that “we now know our adversary better”.

Included in the changes were new restrictions in certain cities, changes in rules for schools, and a repeated alert for health professionals - or people with a GP prescription - to be tested for the virus as a priority.

Overall, Mr Véran reiterated that one of the government’s four strategy “pillars” was to avoid implementing the same measures uniformly across France, and instead to maintain a targeted, local approach.

The three other “pillars” are:

Restrictions in Nice and Lyon

Local authorities are set to announce specific restrictions “by Saturday”, Mr Véran said, in places where the level of incidence (new cases) is three to four times’ higher than the “alert threshold” of 50 cases per 100,000 inhabitants.

Stronger measures in Marseille and Guadeloupe

These measures are likely to mirror those announced last week for Bordeaux (Nouvelle-Aquitaine) and areas of Marseille, such as a ban on gatherings of more than 10 people in parks and on beaches, and a drop in the numbers allowed for public events intended to involve more than 1,000 people. Such events may even be cancelled altogether.

Mr Véran said: “We must take stronger measures...perhaps including the closure of bars...and the banning of public gatherings.”

Staff working in crèches and childcare facilities will now be required to wear masks at all times when working with children according to new advice issued by health body le Haut Conseil pour la Santé Publique on the subject of child-to-child spread.

This is in contrast to previous rules which said that staff only needed to wear masks in the presence of parents and adults.

Mr Véran said: “These new measures will allow us to loosen up the health protocol in schools over the next few days.” He did not provide more information, however, and said that the National Education Minister Jean-Michel Blanquer would elaborate more on this in the coming days.

Mr Véran said that Covid-19 tests should be prioritised for people who have symptoms, and their contacts; and/or those who have a GP prescription for a test; and for healthcare workers.

This reminder was partially intended to address the long waits and backlogs reported for tests across the country.

He admitted: “We are being confronted with real organisational difficulties.”

He added: “Among you, I know that there are people who are a priority, who have not been able to book an appointment or get a result within a reasonable timeframe. I want you to know that we are doing everything we can to correct this situation as soon as possible. We must ensure priority access to priority people.”

Faster tests to be authorised

In another attempt to improve testing speeds, Mr Véran also authorised the use of “antigenic” tests, which are even faster than the rapid testing RT-PCR tests currently being used.

Yet, these “antigenic” tests would only be permitted for people who have symptoms of the virus, and for their contacts, Mr Véran said, in a bid to prevent further spread of someone already suspected to be ill.

Other rapid testing kits, such as those using saliva, are expected to be authorised shortly. He said: “We are awaiting imminent advice from la Haute Autorité de Santé (HAS) [on rapid tests].”

Reminder on too much testing and ‘non-contacts’

The health minister added that “testing is not a barrier method” and that there was “no point getting tested often”. He said that people should only seek out a test if “they have symptoms, or if in contact with a confirmed case”.

He reminded the public that most people who had definitely been in contact with a confirmed case would “normally have been called by the Assurance Maladie, the Agence Regionale de Santé (ARS), or by a relative of the ill person”.

He continued: “If you have had dinner with someone the night before and this person calls you to say that their son is in the same class as someone who had a fever...that does not mean that you are a ‘contact’. People who are the contacts of contacts...are not contacts."

Mr Véran has previously commented on the reported testing delays, conceding that there had been issues as the country increased its testing capacity to one million per week, but saying that most tests were still returning results within 36 hours.

Read more: Covid-19: Is France doing too many tests?

In Bouches-du-Rhône - the most-affected department - this number has reached 200 per 100,000 inhabitants within the past two weeks.

The map below - compiled by news source BFMTV - shows the progression of cases by department across France since the end of deconfinement on May 11.

This “level of incidence” measure should be taken with caution, as the number of tests being undertaken is now at more than a million per week, compared to the 215,000 per week in mid-June.

Yet, the number of positive tests appears to be rising over time even when adjusting for this, with the overall positivity level across tests increasing.

In its most recent update (September 17), for the previous 24 hours, Santé Publique France reported: