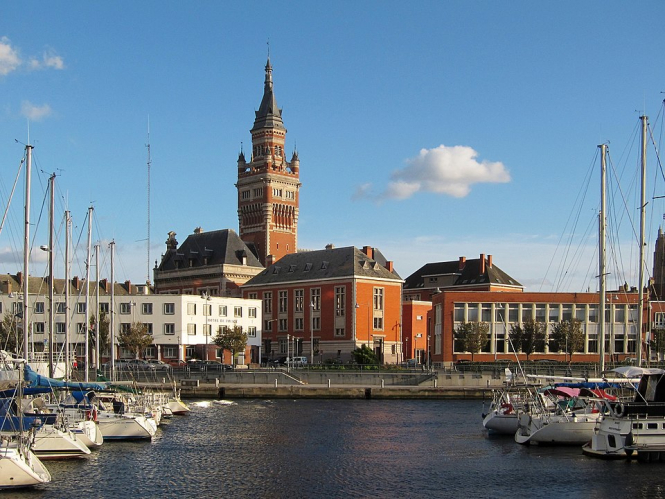 “A new ‘Anti-Covid' process” to provide tests, contact tracing and prevention messages will start next week in Dunkirk and Gravelines as the virus is spreading in a “worrying” manner, says the Nord's regional health body.

In a statement, l'Agence régionale de Santé (ARS) of Hauts-de-France said: “An exceptional testing campaign is being organised in several towns across the sector. It will be offered to the general public next week.”

“Over the past few weeks, Dunkirk and Gravelines have seen a worrying increase in the spread of Covid-19.

“As a result, the level of incidence of the urban community in Dunkirk and around Hauts-de-Flandre has reached 485 and 424 cases per 100,000 inhabitants.”

The ARS said: “The test positivity rate has reached 10%.”

Health authorities in the area have been doing “systematic variant research” on positive tests since mid-January - and found the UK variant is prominent.

They said: “According to analyses done on Monday and Tuesday by a private laboratory, out of 1,367 tests in Dunkirk, 172 were positive, of which 117 showed the UK variant.”

He said that 55 patients were hospitalised for Covid in the town’s hospital, of which nine are in the intensive care unit (ICU). The ICU is saturated, Mr Vergiete said, which meant that 10 patients had to be transferred to other hospitals in the region at the weekend.

Despite Covid levels appearing stable - and even on the decrease - in some areas of the country, some regions, such as Ile-de-France and Provence-Alpes-Côte d’Azur (PACA), are still under pressure.

Yet, the PACA region still has the country’s highest number of new cases per 100,000 inhabitants - at 359. The percentage of intensive care beds taken by Covid patients in the region has risen to 91%, compared to 66% nationally.

Professor Michel Carles, of the Nice hospital centre, said that intensive care beds were under pressure, staff were exhausted, and that the South African and UK variants of the virus had been detected in the city’s water, meaning that the new strains are already in the area.

In Ile-de-France, head of infectious diseases at the Bichat hospital, Professor Jean-François Timsit, told BFM Paris: “The number of hospitalised patients is rising slowly but surely, from 5% to 10% every week.”

The professor said that there had been a “gradual” rise in the UK variant, with studies from hospital group AP-HP showing a 26% incidence in the region; higher than the national average.

At least 18 clusters of the UK variant have been detected in five Paris hospitals: Saint-Antoine, Pitié-Salpêtrière, Charles-Foix, Tenon, and Rothschild.

Yesterday, there were 25,387 new Covid cases confirmed in France, and 297 new deaths.

In the past few days, the South African variant has been detected in several schools, causing class closures in Eaubonne, Val-d'Oise, Colmar and Mulhouse, Haut-Rhin and Sables-d'Olonne, Vendée.

Yet this comes as Minister for Transformation and Public Service Amélie de Montchalin told news service BFMTV that France was a “country that had made considerable effort” in fighting the virus.

She said: “We are all fighting together and we all have within our hands the capacity to beat this epidemic everyday. Each day of working from home is a day won against the epidemic.”

Ms de Montchalin appeared to echo the words of President Emmanuel Macron, and government spokesperson Gabriel Attal, in saying that a new lockdown is “not inevitable”.

Mr Attal this week reiterated that there is “a path towards avoiding lockdown”, echoing Mr Macron’s statement yesterday that “everything must be done to avoid confinement”.

President Macron last week said that his aim was to keep the country “as open as possible”.

France Covid-19: Vaccines on track and no new lockdown