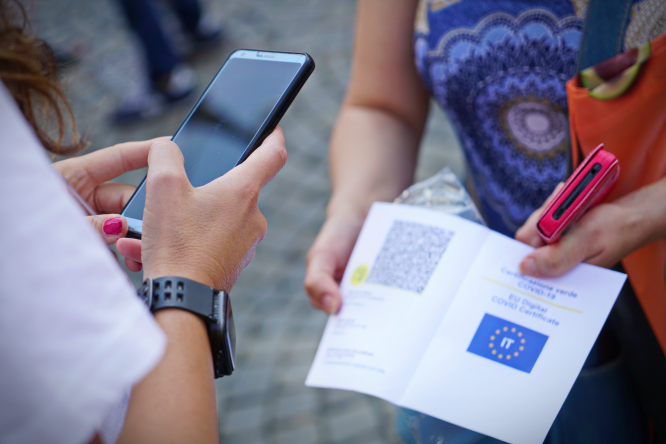 Measures such as vaccine rates are expected to be used to help decide in which areas use of the pass could be reduced Pic: MikeDotta / Shutterstock

Health Minister Olivier Véran confirmed yesterday that the government is considering removing or limiting use of the Covid health pass in areas where the virus is circulating at low levels.

Mr Véran said: “We have always put measures in place first in departments and regions where the virus is circulating the most.

“When the curve of cases is going down, and the virus is circulating less, we respect the principle of proportionality and localised measures. That means that we can say from one moment to another that a certain measure is no longer needed in a a certain area at this time.”

It follows similar comments from government spokesperson Gabriel Attal, who said on September 19 that the use of the health pass would be discussed by senior ministers at a Conseil de Défence meeting this week (probably tomorrow September 22).

President Macron also referred to the possibility last week, telling an opponent of the health pass on a visit to Eure-et-Loir that "there are departments where we are going to lighten the constraints a bit depending on how the epidemic is evolving".

It comes as Prime Minister Jean Castex is set to present a law that would enable the use of the health pass to be legally extended beyond the current limit of November 15, however Mr Véran said what is needed is not a law imposing the use a certain tools – including the pass – everywhere, but rather one that allows the government to make use of them "where the situation requires it".

He said in coming months the government could "activate it when needed" and then "lighten measures when it is possible".

The French health pass, or pass sanitaire, shows proof of vaccination against Covid, that you have had a negative PCR or antigen test within the past 48 hours hours, or that you have successfully recovered from Covid in the past six months, more than 15 days ago (as proven by a test).

The health pass is currently required for access to most public places, including restaurants, bars, cinemas, and theatres and long-distance coaches and trains.

What criteria will the government use to decide which regions are affected?

No official decisions have been made as to where the rules for using the health pass would change, but the following measures are expected to be used by the government.

One of the key indicators the government uses to measure the rate of circulation of the virus is the incidence rate – the number of cases per 100,000 people in the past seven days.

Mr Attal said that an incidence rate below the alert threshold of 50 was “very low” and would justify “adapting things”, such as use of the health pass.

The incidence rate is now below 50 in 42 departments or territories including overseas (40 in mainland France). You can see these departments in green on the map below.

The government is likely to factor two other criteria into its decision.

Considering the vaccination rate, hospital occupation, and the rate of incidence, the virus is currently circulating at lower than the national average on all three measures in the following 23 departments:

In contrast, the mainland departments with “worrying” or “very worrying” indicators on two or all three measures, and therefore least likely to see a lifting in restrictions, are:

Will the health pass be removed for all public places, or just some, such as restaurants?

This level of detail has not yet been confirmed by the government.

Mr Attal has alluded to the fact that the health pass has helped in all the public spaces for which it is required, and that some “tools” may therefore remain in place for some areas.

Speaking to BFMTV on Sunday (September 19), he said: “Life has started again in our restaurants, bars, cafes, theatres, and cinemas; and we want life to continue. So probably, we will need to maintain tools for that.

“But can we adapt them? That is what we are going to look at.”