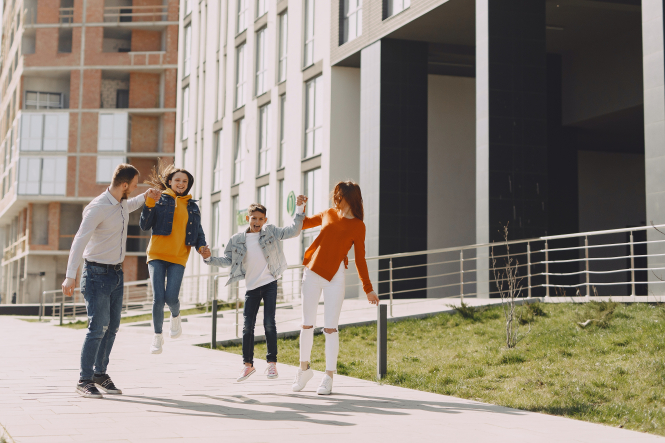 Bordeaux has been ranked the best towns in France for families in 2020, according to a new list
By Joanna York

The top ten cities for families, according to the magazine, are:

The total list ranks 65 French towns, chosen from communes with more than 50,000 inhabitants - not including French overseas territories or suburb towns.

Over 30 sources were used to judge each criterion, including official data.

Read more: Most popular places to own a holiday home in France

According to the ranking system, multiple factors contributed to Bordeaux’s place at the top of the list. One of these includes fast trains between Bordeaux and Paris, for which travel time is two hours on the TGV.

Fabien Robert, deputy mayor of Bordeaux, told Le Figaro Magazine: “Families are charmed by our sociocultural and extra-curricular education policies. We welcome 100% of children in school canteens, three-quarters of 0-3 year-olds in creches, and we offer cultural activities for two-thirds of primary age children.”

The city of Bordeaux currently attracts 2,000 new inhabitants each year, mostly from Paris and the southeast.

Toulouse was ranked the second-best place for families to live in France, and second best overall for job opportunities. Deputy mayor Laurence Katzenmayer said young families were drawn to the city for its lifestyle. She explained: “Work still draws people to Toulouse, but more and more couples in their thirties are looking for balance between their personal and professional lives.”

Although it came in third place overall, Lyon was ranked first for economic performance for families. Gérard Collomb, mayor of the city, said many Parisians had moved there in the past few years. He said that aside from lower rents, “Parisians are charmed by the relaxed nature of Lyon, which, contrary to the capital, doesn’t suffer from urban spread. Twenty minutes from the centre you’re in the countryside.” Lyon was ranked second in France in the list for transport.

Cities in west come out on top

Seven of the top ten towns on the list are located in the west or southwest of France. They are Bordeaux, Bayonne (Nouvelle-Aquitaine), Toulouse (Occitanie), Nantes, Angers (Pays de la Loire) and Rennes and Quimper (Brittany).

These towns make up six of the seven first places in the ranking, and the only town in the top seven not located in the west was Lyon (Auvergne-Rhône-Alpes).

Jean Viard, sociologist and director of research at centre for political research Cevipof-CNRS, was not surprised by this. He said: “Provence was fashionable in the 1960s but now the Mediterranean seems like a more unstable sector. Retirees still want to move there, but for families it’s a different story.”

Of the west he said: “This part of the country knew how to sell the idea of authenticity, and to put forward original projects.”