December lockdown needed in France ‘to save Christmas’ 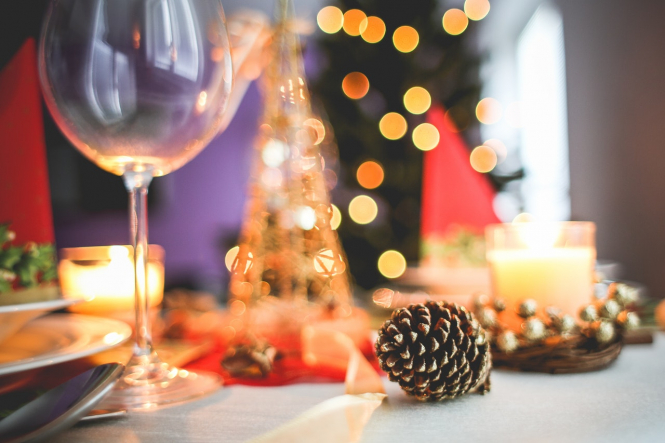 The Nobel Prize duo wrote that the economic cost of a December lockdown could be high, but less so than having to "cancel Christmas”
By Hannah Thompson

The married professors write that there is likely to be a spike in the epidemic in the winter due to a drop in temperatures and an increase in social and family events as Christmas time approaches, and that imposing a second nationwide lockdown in early December would enable families to meet safely on Christmas Day.

They explain: “In the United States, the long weekends of Memorial Day at the end of May and of July 4 - Independence Day - were followed by peaks of contaminations.”

The letter continues: “Responsible citizens will soon face tough dilemmas between their various duties, and it is unreasonable not to guide them in these choices.

Family gatherings, with their long moments of socialising around a table (not to mention singing), are unfortunately conducive to contamination.”

They recommend: “Decreeing a lockdown across the entire country for Advent, say from December 1-20, asking families to stay at home and to not prepare for the holidays by going to see the grandparents.”

The duo add that the last two weeks of the school term “could be done online”, and admit that “although the economic cost could be high, it would be less so than having to cancel Christmas”.

Yet, the duo say that shops should remain open to allow people to start shopping from November and allow people to order gifts for arrival in December.
The government should prepare a “mass testing campaign” at the end of a confinement after December 20, to allow families to continue with Christmas Day plans, the letter continues.

The duo conclude: “It is a solution that is, for once, working ahead of the virus; clear, uniform, transparent. It could also be seen as a price to pay for an immediate reward, a collective effort to save Christmas.”

The recommendation comes as Dr. Patrick Bouet, the president of medical body le conseil national de l’Ordre des médecins, has warned that health services could be overrun again by a rise in cases in winter, despite already having been overwhelmed, “exhausted and traumatised” by the epidemic in spring.

In an interview with newspaper le Journal du Dimanche today (September 27), he said: “The second wave is arriving quicker than we thought. If nothing changes [France will see] a widespread epidemic [and the health system] will be incapable of responding to all the demands placed on it.”

He added: “[Health Minister] Olivier Véran has been truthful, but he has not gone far enough. He has not said that, if nothing changes, in three or four weeks, France will have to confront - over several long months in autumn and winter - a widespread epidemic across the entire country.

“But our health professionals, who pulled off a miracle in spring, will not be able to plug the structural gaps again. Many are exhausted and traumatised.”

He said that he was disappointed that the first wave of the virus had not been properly studied to “prepare for this” second wave. He said: “It was obvious that people were going to let things go during the holidays, and that summer contaminations in seaside areas would feed Covid infections in towns in September.”

Dr. Bouet also called for the creation of a “practical committee” that would help to support the government advisory body le Conseil scientifique, which would be “focused on the organisation, logistics, practicality” of the different needs in each department. This would avoid all of the organisation falling to hospitals, he said.

In the most recent figures from health body Santé publique France, from Saturday September 26, there were 14,412 more cases confirmed in the past 24 hours, and 39 deaths.

This represents a drop in cases and deaths compared to the 48 hours before that, but the level of positivity of tests is continuing to rise, and was at 7.2% yesterday compared to 6.9% on Friday.

Over the past seven days, there were 4,102 new hospitalisations, of which 763 severe cases were admitted to intensive care, a slight drop on the 747 recorded on Friday.

There are now 1,183 cluster outbreaks under active investigation - 58 more than the day before.