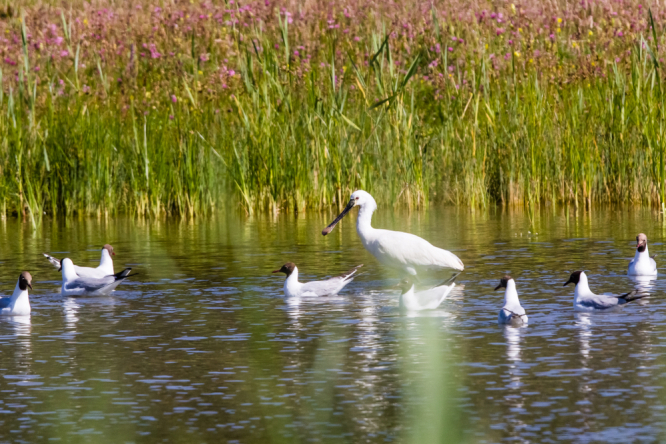 An environmentalist in France has denounced the hunting practice of raising ducks to attract wild birds, which are, he alleges, kept in tiny cages and locked up all night.

Naturalist Pierre Rigaux posted a video online on September 8, to denounce the use of ‘decoys’, which are live ducks raised with the sole intention of attracting wild birds to the area for hunting.

The technique is used especially in the Somme, and is legal. It is also practised all along the French coast. It consists of putting ducks (or geese, or moorhens) on a body of water, and keeping them in a specific hut, to attract wild birds.

However, many activists condemn the practice.

Mr Rigaux said: "There are about 350 huts where thousands of hunters track the migration of ducks on an almost daily basis.”

Mr Rigaux, who is also the co-founder of animal welfare Nos Viventia (along with Gwendoline Séguy) explained: “These birds are locked up in really tiny cages, on a wire mesh floor and are tied up on the water all night. This situation is completely absurd in terms of their minimal well-being.”

The practice is part of waterfowl hunting, which is currently permitted in the Somme department, from August 7 to January 31, 2022.

Mr Rigaux used the video to, he said, show the “mistreatment of the decoys, which are transported in bulk, transported loose in a bag, and tied up on the water without the possibility of resting on the ground”.

This is despite the fact that they “need to swim and rest on dry land at the same time.”

Along with his association, he is now calling on the Ecology Minister to put an end to the practice, which he says are harmful to the wild duck population, and a cause of its decline.

This is not the first time the activist has denounced hunting practices in France: last year he also denounced ‘underground hunting’, the so-called practice of digging up badgers, reports 20 Minutes.

Mr Rigaux says he and his colleagues have been victims of threats and intimidation, and even death threats, since the publication of the video.

Yet, he says that he is not seeking to denounce individual hunters, but the practices themselves.

Hunting and fishing prohibited in the Maures massif

The controversy comes as hunting and fishing have been banned in the Maures massif.

Hunting was supposed to begin today (September 12), but the prefecture has banned the practice as a result of wildfires that damaged more than 7,000 hectares of vegetation from August 16-26.

The ban comes following a request from actress and activist Brigitte Bardot and her Fondation Bardot association, who called on the prefecture to help "promote a return to a favourable conservation status of species and environments and the repopulation of the burnt areas by small game”, France Bleu said.

Only wild boar hunting will be authorised on agricultural land in the area, under certain conditions, until September 30.